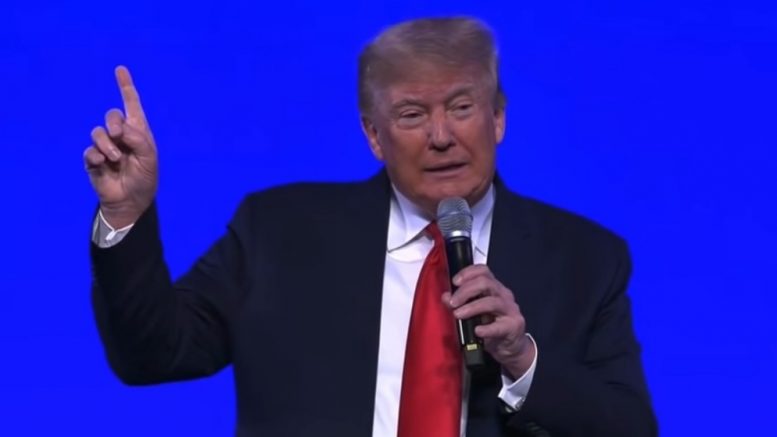 “I think our nation is in great trouble,” declared 45th President Donald Trump in a speech delivered on Sunday.

The former President spent the last Sunday before Christmas attending services at First Baptist Church in Dallas, where he spoke to the congregation.

“There’s a lot of clouds hanging over our country right now — very dark clouds — but we will come back bigger and better and stronger than ever before,” Trump proclaimed in his speech. “There’s such spirit out there right now, I’ve never seen anything like that.”

Moments later, the former president suggested America is in need of a “Savior” when he stated:

More than two thousand years ago an angel, the Lord appeared, and really it’s been a long and beautiful history. But an angel of the Lord appeared to humble shepherds and proclaim the reason for our Christmas joy. For unto you is born this day in the city of David, a Savior, which is Christ the Lord.

Kimberly Guilfoyle: “A Republican — Perhaps Even President Trump — Is Going to Win the White House Back in 2024”