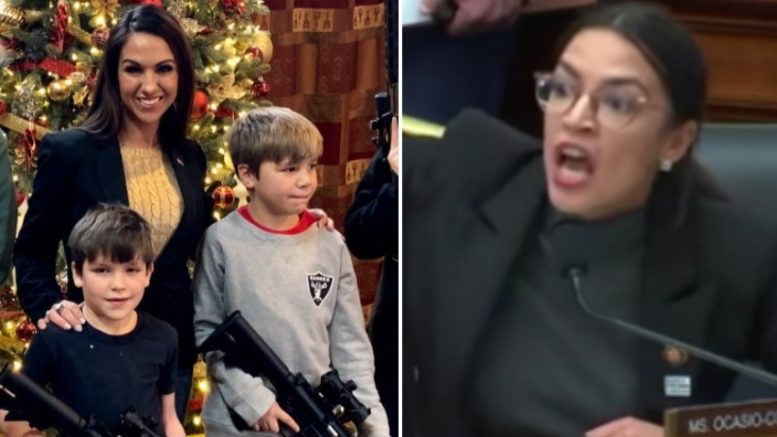 The photo features the congresswoman standing in front of a Christmas tree with her four boys, who appear to be holding rifles.

“The Boeberts have your six,” Rep. Boebert captioned the photo. “(No spare ammo for you, though.)”

(No spare ammo for you, though) pic.twitter.com/EnDYuXaHDF

Without surprise, Boebert’s photo immediately triggered negative reactions from the Left, such as this response from Democrat Rep. Alexandria Ocasio-Cortez:

Other Twitter users made humor out of the outrage drawn from Boebert’s photo, as seen here by former Trump surrogate Steve Cortes:

This pic caused a lot of controversy, which I totally understand, especially regarding the well-being of children.

That young man has a Packers hoodie on, and it’s a true tragedy. Go Bears! https://t.co/nZE4EC8pjG