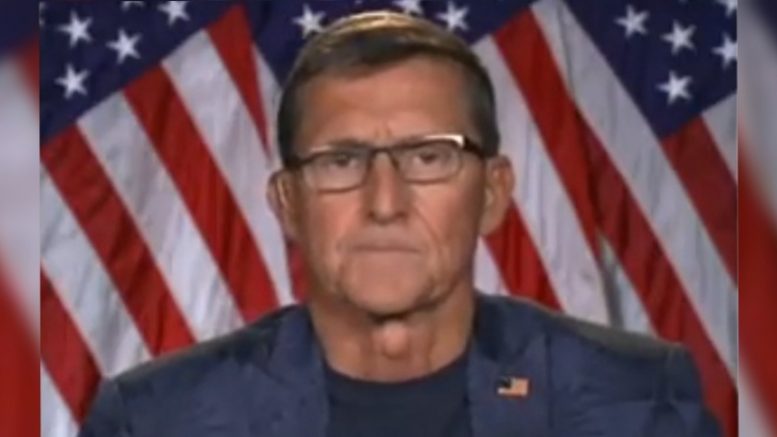 According to World Wire: “Using voter registration levels versus actual votes, Seth Keshel analyzed the election results following the November 2020 presidential election. He discovered alarming anomalies in a number of counties, ones that differ from trends that (in a number of cases) have been reliable for over 100 years. As a consequence, he has published reports for both counties and states that indicate which counties’ votes are aligned with voter registration trends and which have small or large divergences from them.”

As part of his final analysis of the 2020 election, Keshel’s data claims to show Donald Trump actually won the contests in Pennsylvania, Michigan, Wisconsin, Arizona, Georgia and Minnesota and that it is “very likely and possible” that Donald Trump won elections in these regions if cyber flipping occurring: New Mexico, Virginia, Colorado, New Jersey, New Hampshire.

In a statement posted to Telegram, General Flynn suggested the “election fraud” that has been exposed through the work of Keshel and other data experts is “waking up” the American people on both sides of the aisle “to the fact” that “a small group” of political elites are “trying to take over” the United States.

He then urged Americans to “seek the truth in everything we do, don’t listen to the haters and the noise makers, pay close attention to the truth tellers.”

In ending, here’s a recent statement posted by Mr. Keshel and shared by Flynn: