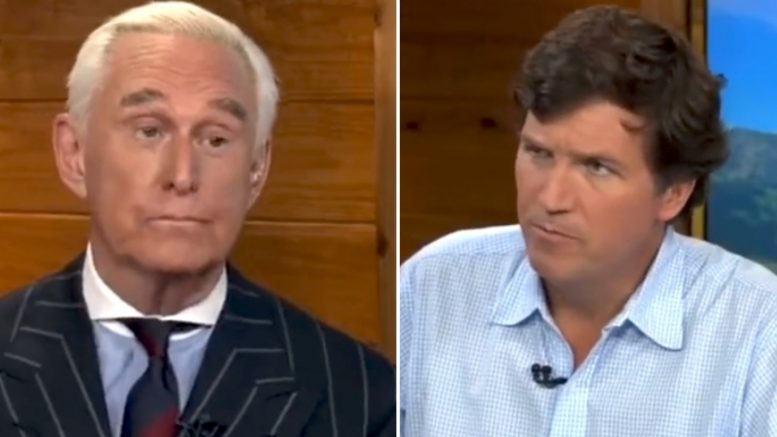 “I think I was being set up,” Roger Stone said when asked if he thinks he would have been prosecuted if he made it inside the Capitol Building on January 6th.

Stone made the assertion while interviewing with Fox News host Tucker Carlson.

Related Article: Sidney Powell: “I Would Love to See the Paper Trail Between Nancy Pelosi’s Office & the Capitol Police”

“Here’s the amazing thing, and that is I watched the President’s speech from my hotel room at the Willard Hotel, and then there was a call on the house phone. And two agents from the Secret Service wanted to escort me to the Capitol,” Stone claimed.

“Now, I’ve been in politics for a long time. Secret Service doesn’t do political chores. They never have,” he continued. “I would have gotten there had I have left that moment, at the exact time that these folks broke in to the Capitol.”

Asked why he decided not to go when he was given the opportunity, Stone said, “I had a feeling. I had the intuition. I just did not want to go. God was giving me a signal. I didn’t go.” Video Below

Roger Stone says he thinks they was trying to set him up on January 6. Two agents from the Secret Service called him to see if he wanted a escort to the capital. pic.twitter.com/UxFqsyaBPw

Roger Stone says this is a case of guilt by association. pic.twitter.com/CXbhfnYoHt

Travis Tritt Appears on Tucker & Explains Why He Cancelled Concerts at Venues with C0VID Rules: ‘This Is about Something Else’