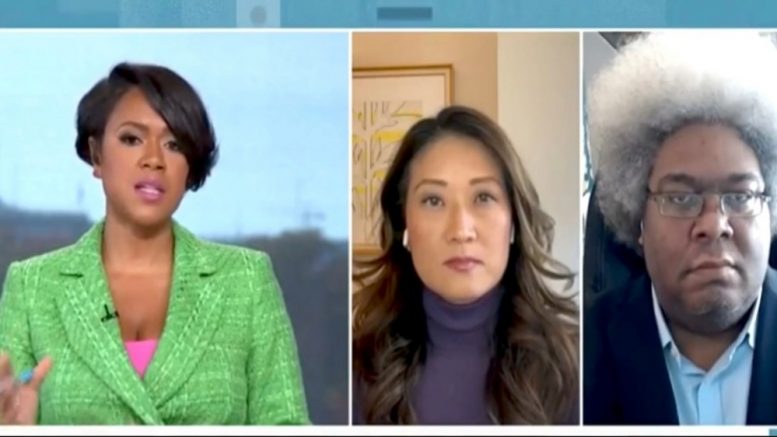 The comment made by the leftist commentator came despite Rittenhouse being found not guilty by the jury overseeing his case and cleared of all charges against him, including intentional homicide.

“I find these people disgusting,” Cross told panelists on her program. “It’s disgusting at what I’m seeing. It’s not just this trial. It’s other trials. But this in particular, the fact that White supremacists roam the halls of Congress freely and celebrate this little murderous White supremacist, and the fact that he gets to walk the streets freely.”

She continued, “It lets you know these people have access to instituting laws, the legislative branch of this country. What are we to make of that?”

Her guest then goes on a racist rant about white people being in favor of violence pic.twitter.com/6Vxw0sx6lG

Joy Reid Ridicules ‘My Pillow’ CEO For Speaking At Briefing, James Woods Fires Back: “What Are You Doing, You Worthless Media Grub?”