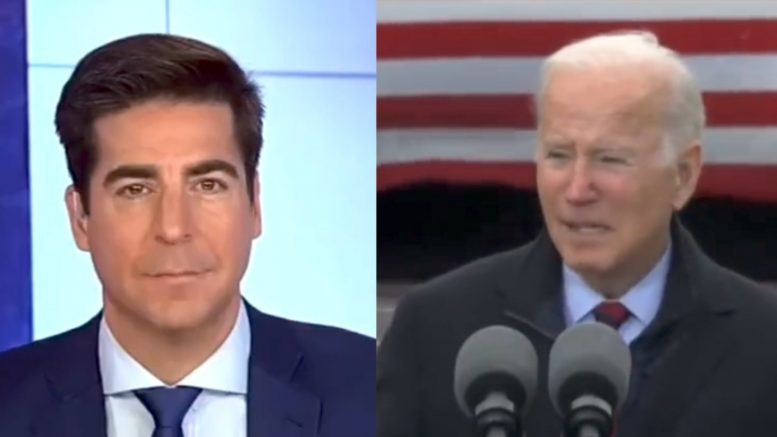 “We’ll cut him some slack. [Joe Biden] turned 79 today. He’s getting up there. The American people, on the other hand, aren’t dumb. We’re catching on and we don’t think he’s fit to be president,” Jesse added before flashing a poll on the screen that shows 50% of Americans doesn’t think Biden is in good good health.

The Fox host continued to roll clips suggesting Biden is merely “Asleep at the Wheel.” Take a look:

.@JesseBWatters America is a mess and our fearless leader is asleep at the wheel and nowhere to be found. pic.twitter.com/2DuwI4ZepY

Here are a couple more related clips from Jesse’s commentary:

.@JesseBWatters says The Democrat party is panicking, they are in crisis mode. pic.twitter.com/TYQVkeFIzv