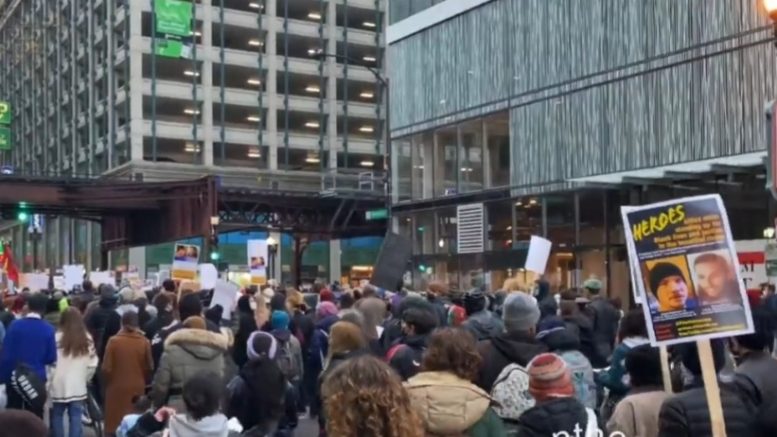 BG on the Scene Video Screenshot

A crowd of Chicago protesters demonstrating against Kyle Rittenhouse’s not guilty verdict were caught on camera chanting “the only solution is Communist revolution.”

Video of the chant was uploaded to Twitter on Saturday.

NOW – Crowd chants "the only solution is Communist revolution" at Chicago's protest against the Rittenhouse verdict.pic.twitter.com/27xOZRy7xs

Far-left political activist Jesse Jackson took part in the Chicago protests on Saturday, where he was seen leading a crowd behind a banner that read “End Trump Era – Stop White Supremacy” and in front of a banner that said “Guilty!” and “Organize Now For Real Revolution.”

We leave you with that clip.