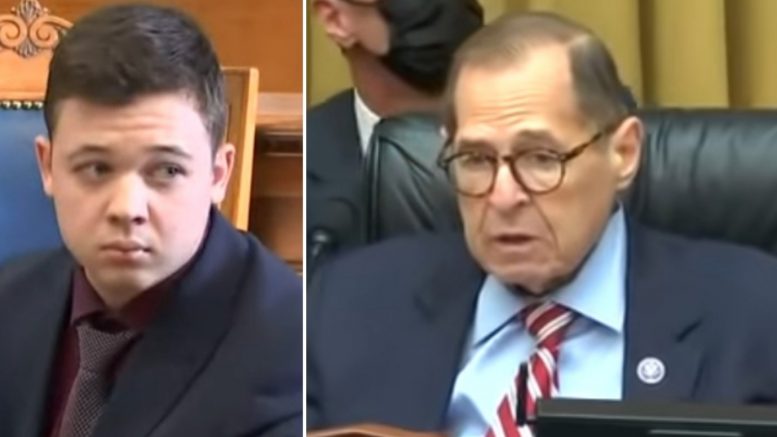 Democrat Rep. Jerry Nadler called for a “federal review by DOJ” immediately after Kyle Rittenhouse was found not guilty and cleared of all charges related to his court case on Friday.

Contrary to Nadler’s claim, “During dramatic testimony on the witness stand on November 10, Kyle Rittenhouse explained that his father lived in Kenosha, which is why he was in that city, in addition to working in the area as a lifeguard,” according to Heavy.

Here are some of the highest-engaged reactions to Nadler:

This is a lie and I hope he sues you.

Tell me you didn’t watch the trial without telling me.

Your tweet shows a total contempt for the truth, and for the facts of the case, as established in the trial.

He didn't cross state lines while armed. You'd think the chairman of the judicial committee might know that little tidbit…

Imagine thinking you're part of the good guys trying to use federal powers to overturn a clear and decisive jury verdict simply so your side can win.

He didn't cross state lines with a weapon. How hard is that to understand?

So you're concerned about people crossing state lines and committing violence?
Interesting.

If you need another reason to vote Republican in 2022, here it is. What about Grosskreutz crossing state lines, or are we going to conveniently sweep that under the rug? Riots are not protests, point-blank.

Do better! “armed persons crossing state lines” still pushing this misinformation?! Really?! There is no evidence presented that he was armed when he went to his father’s house in WI! It is believed the firearm was at the father’s if you have evidence to the contrary, prove it!

You are an idiot and a true threat to America

Okay, Penguin. Get back to Arkham Asylum.

Aren't you the guy who poops his pants on national television and believes ANTIFA is a myth?