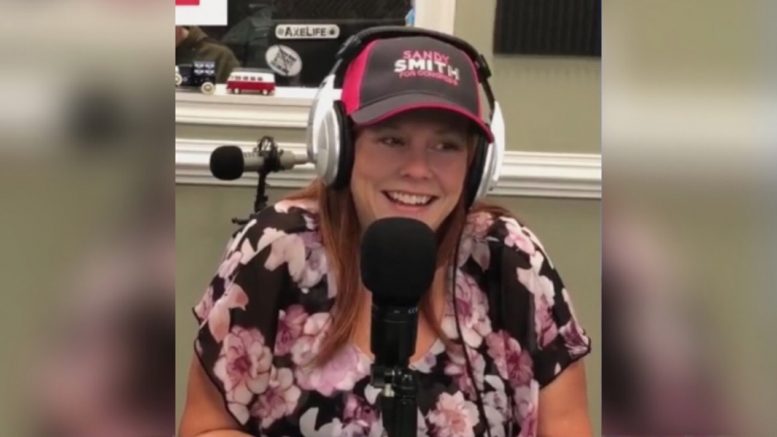 Arizona State Rep. Mark Finchem (R), who has been endorsed by 45th President Donald Trump in his bid for the Grand Canyon State’s position of secretary of state, is backing Sandy Smith for Congress.

Smith is a 2022 U.S. Congressional Republican candidate in North Carolina’s new 2nd District, who, according to her website, is “the unapologetic America first, pro-life, pro-guns, pro-military, freedom loving, and pro-Trump fighter”.

In a statement on Wednesday, Arizona State Rep. Mark Finchem said of Sandy Smith, “I am excited to endorse Sandy Smith for Congress because she is a winner [and] a fighter.”

“She won her primary last cycle with 77% and overperformed everyone in the general election. She has been fighting for audits in North Carolina and is a true America First Conservative,” Finchem said.

“She has my backing 100%. I encourage all patriots to get behind Sandy Smith ASAP, Let’s take this seat that belongs to the People!” he urged.

Following Finchem’s statement, Sand Smith thanked the Arizona State representative for his endorsement, expressing, “Thank you Rep. Finchem for your leadership on #ElectionIntegrity [and] ballot security. Your endorsement means a lot to me!” Continued Below

Thank you Rep. Finchem for your leadership on #ElectionIntegrity & ballot security. Your endorsement means a lot to me!

"I am excited to endorse Sandy Smith for Congress because she is a winner & a (1/3) pic.twitter.com/56vFF1CF3Q

Chris Ekstrom has also endorsed Sandy Smith for Congress and said, in part, in a statement on Thursday, “Rumors are the (D) incumbent is fleeing the battlefield like the rest of the Communists; [and] the way is open for Sandy.”

Smith thanked Ekstrom, expressing that she is “honored to have the endorsement of such a staunch conservative fighter”.

Thank you, @ekstromfortexas! I am honored to have the endorsement of such a staunch conservative fighter!

"I endorse SANDY SMITH for #NC02. Rumors are the (D) incumbent is (1/3) pic.twitter.com/iZ8hTzMJMh

And #NC02 is a flip! We all need to get behind Sandy to give the #AmericaFirst agenda a boost. (3/3)

Sandy Smith has also received endorsements from the following:

Meanwhile, Democrat Rep. G.K. Butterfield of North Carolina announced Thursday he would not seek reelection in 2022, all but blaming his decision to retire on a redrawn congressional map that made his district more competitive.

Smith tweeted, “Please don’t delete any files or shred any paperwork in my office”.

He's is leaving. GK, please don't delete any files or shred any paperwork in my office. pic.twitter.com/Pg2c6oLMVP

Sandy Smith has called for a comprehensive forensic audit of the 2020 election in North Carolina. She outlined the reasons why in an article written in July for the publication Big League Politics, titled: North Carolina Needs an Audit and Here’s Why.

An Election Integrity Caucus consisting of lawmakers from all 50 states was officially formed this summer. Arizona Senator Wendy Rogers, who is one of the caucus founders, made the special announcement while attending Mike Lindell’s Cyber Symposium with other members of the newly formed caucus, as previously reported by The Freedom Times.