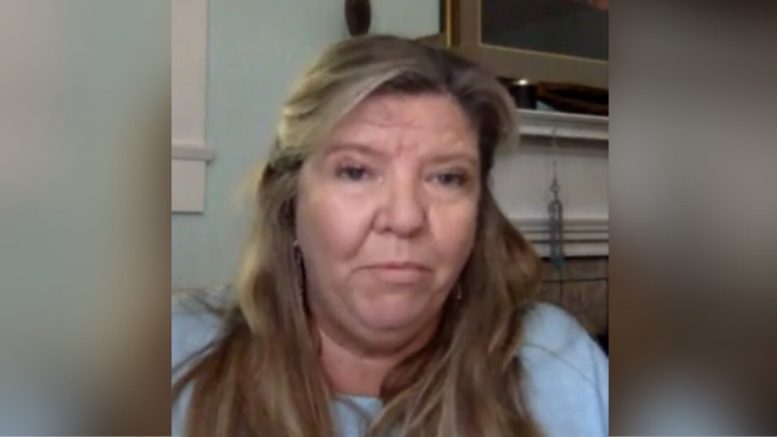 According to an earlier report by The Freedom Times, “Let’s Go, Brandon” soared into a trending national catch-phrase after an NBC reporter went into damage-control mode as “F**k Joe Biden!” chants erupted on live TV when NASCAR driver Brandon Brown was being interviewed.

Rep. Gloria Johnson took to twitter on Monday, writing, “As a friend said, I think it should be equated with burning the flag, in essence, that’s what they are doing.”

As a friend said, I think it should be equated with burning the flag, in essence, that’s what they are doing. https://t.co/0WrJzFSkwv

The Tennessee state representative followed up in a later tweet, saying that comparing the “Let’s Go, Brandon” chant to burning the American flag was “not a legal take”, but “a person’s opinion” after she was ratioed on Twitter.

“Reading is fundamental. It’s not a legal take, it’s a person’s opinion. And as a few were smart enough to understand-both are protected speech,” she wrote.

Reading is fundamental. It’s not a legal take, it’s a person’s opinion. And as a few were smart enough to understand-both are protected speech.

We leave you with a few highly engaged responses to Rep. Johnson:

Wasn’t your party the one who had their supporters burning our flag all summer in 2020? Didn’t your Party say f*ck Trump for 5 years? Was that like burning the flag too or is it only equal to that if it offends Joe Biden? Let us know @VoteGloriaJ. pic.twitter.com/plq17F3FDL

Congress shall make no law respecting an establishment of religion, or prohibiting the free exercise thereof; or abridging the freedom of speech, or of the press; or the right of the people peaceably to assemble, and to petition the Government for a redress of grievances.

Liberalism is a mental disorder

Considering the left treated the last President with the most disrespectful language, acts and memes, YOU ALL SET THE PRECEDENT! YOU CANNOT BE OUTRAGED, CRY DISRESPECT OR ANYTHING FOR THAT MATTER! YOU CREATED THAT MINDSET!