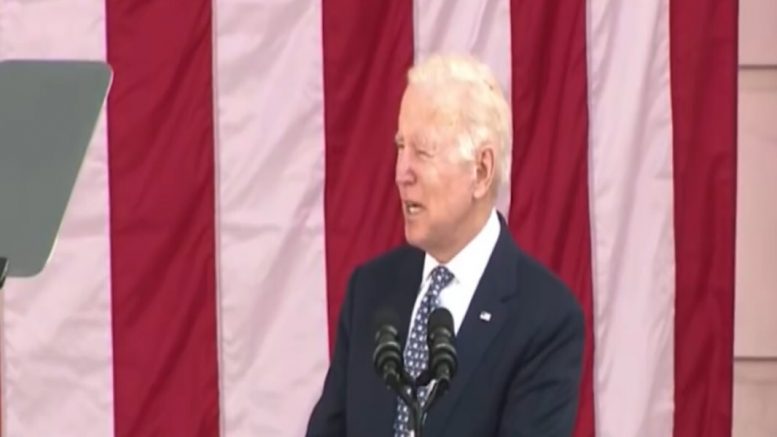 78-year-old Joe Biden appeared to fumble on his words when he referred to legendary baseball pitcher Satchel Paige as “the great negro” during a Veteran’s Day speech on Thursday.

Leroy Robert “Satchel” Paige (July 7, 1906 – June 8, 1982) was an American professional baseball pitcher who played in Negro league baseball and Major League Baseball (MLB). His career spanned five decades and culminated with his induction into the National Baseball Hall of Fame, as reported by Wikipedia.

“You know, I’ve adopted the attitude of the great negro at the time, pitcher in the negro leagues, went on to become a great pitcher in the pros, in the Major League Baseball after Jackie Robison, his name was Satchel Paige,” Biden said in his speech.

NOW – Biden tells a story about pitcher Satchel Paige, referring to him as "the great negro at the time."pic.twitter.com/uwnkUlBTsL

Biden went on to tell the story of how Paige won a game in Chicago at the age of 47, which led to the mantra that Biden claims he “adopted.”

(Related: Leo Terrell Blasts Biden Over His ‘Diverse’ Remarks: “Joe Biden Has The Mindset Of A Plantation Owner”)