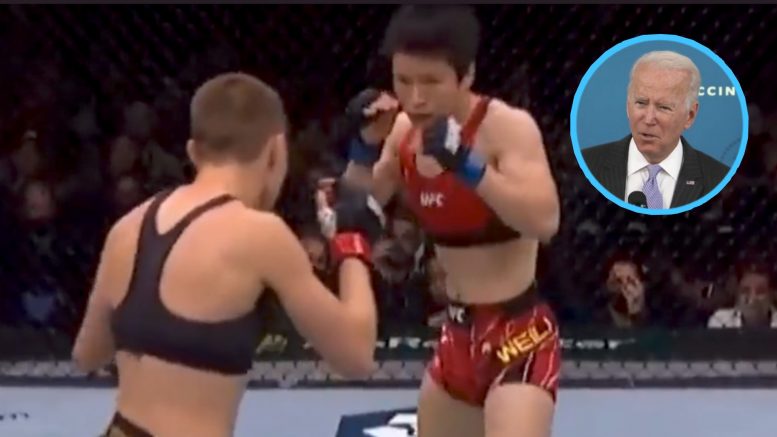 F**k Joe Biden!” chants erupted during a UFC fight that was being aired on live TV Saturday night, and could clearly be heard in the background.

Political commentator Benny Johnson uploaded the video to his Twitter account on Sunday, which then ultimately went viral.

“F**k Joe Biden!” chants have turned into a national trend over the past few months, eventually evolving into the coded catch-phrase “Let’s Go Brandon” after the chants erupted during a televised NASCAR event. You can read more on that by CLICKING HERE.

Biden himself addressed the humiliating chants back in September, right around the same time his popularity took a turn for the worse. See Below

“What would the people who died be thinking? They think it makes sense to be doing this kinda thing where you ride down the street and see a sign that says ‘F so-and-so’?” pic.twitter.com/gbOPWrxajd