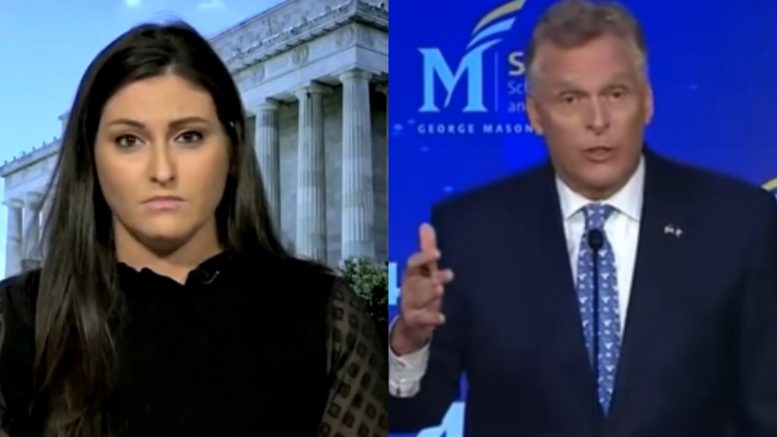 A Virginia mom who voted for Joe Biden in the 2020 election says it was the moment that gubernatorial candidate Terry McAuliffe implied that he wants to “silence the voices of parents” that swayed her to vote for GOP candidate Glenn Youngkin.

“What did you hear in that now infamous moment at the end of September when Terry McAuliffe said in a debate that ‘I don’t think parents should be telling schools what they should teach?” Fox News host John Roberts asked Virginia mother Briana Howard on Monday.

“I think it just highlighted again that Terry wants to silence the voices of parents,” Howard replied.

“And I think that that comment made parents realize that we need to stand up. We can’t sit back. We can’t wait when it comes to our children’s safety and our schools and their education and what they’re learning in school,” she declared.

WATCH: Briana, a Virginia mom who voted for Biden, slams Terry McAuliffe on education: He "wants to silence the voices of parents." pic.twitter.com/JZPFD0quQq

In ending, here’s a video clip of the pivotal moment from last month’s debate:

Leo Terrell On Joe Biden: “Let This Man Stand Up on His Own Two Feet, Put on the Big Boy Pants”

Judge Jeanine Slams Kamala Harris Over Her Memorial Day Weekend Tweet: “This Clueless Woman Should Never Be One Step Away From The Presidency”