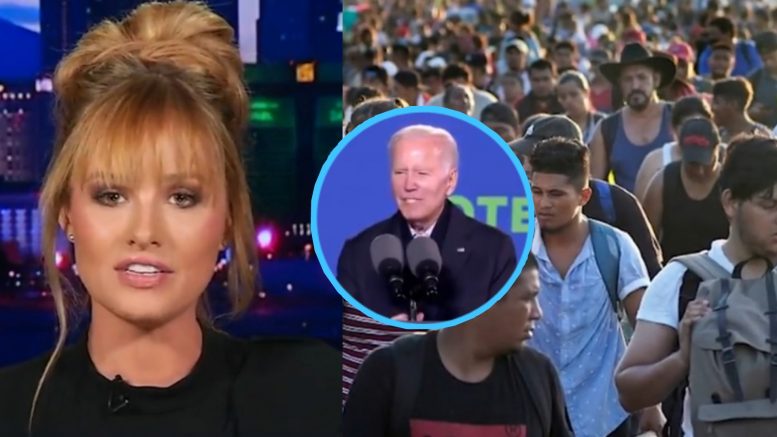 “They have won the lottery for illegally coming into our country,” Fox News contributor Tomi Lahren declared while weighing in on the possibility of the Biden Administration paying out $450,000 members of families who were separated after crossing the U.S./ Mexican border illegally during the Trump Administration.

According to Breitbart, “The Biden administration is weighing whether to provide border crossers — who were subjected to the Zero Tolerance policy — with $450,000 each as part of a payout in lawsuits filed… In some instances, a family unit could secure about $1 million from the payout and overall, the payouts could cost American taxpayers more than $1 billion. Lawyers representing the border crossers have argued that each family unit should get $3.4 million in payouts.”

In response, Tomi Lahren stated as follows during Saturday’s airing of Justice with Judge Jeanine:

Every American should be so lividly angry about this. We are coming up on the most expensive Thanksgiving to date. We’ve got gas prices hitting $5.00, some places more, and we’re going to be handing out money to illegal immigrants?

This is Joe Biden. Let’s go Brandon. Video Below

My all-star panel @TomiLahren and @TheLeoTerrell weigh in on some of the biggest stories of the day, take a look: pic.twitter.com/4malDNLRhy