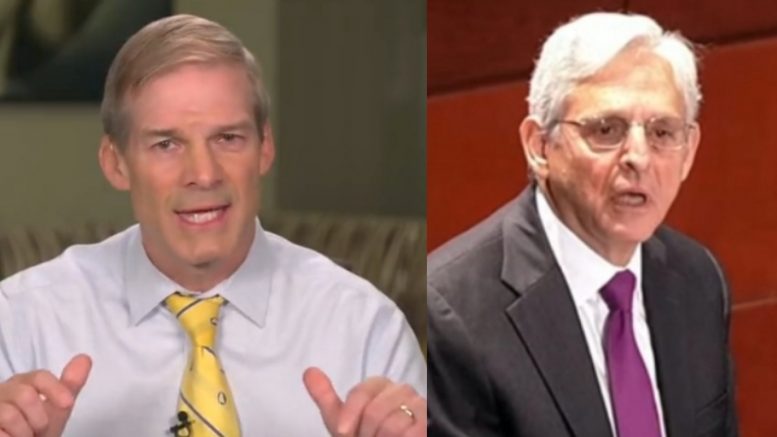 Congressman Jim Jordan (R-OH) doubled down on his notion that the memo that Attorney General Merrick Garland sent out comparing parents to domestic terrorists is “the last straw” and is a “catalyst for a reawakening and focus of freedom” in America.

The National School Boards Association (NSBA) later apologized for sending a letter to the Biden Administration, which likely fueled AG Garland’s memo, suggesting that “threats and acts of violence” at school board meetings might be “domestic terrorism.”

According to the Wall Street Journal, “The NSBA now admits there was ‘no justification for some of the language included in the letter,’ which could have parents investigated under the Patriot Act for trying to influence what their children are taught.”

I said this at the hearing on Thursday. I think [Merrick Garland’s] memo — this memo he sent out — I think this is the last straw. I think this is actually going to be a catalyst for a reawakening and a focus on freedom in this country. You’re seeing it play out.

I think the School Board Association said ‘We regret we sent this letter. We apologize for sending this letter,’ cause they were hearing from people — people that are supposed to represent, moms, dads, parents of kids in our education system. They’re hearing from them and they thought, ‘Wait a minute. We better back down from this. Video Below

The organization that compared frustrated parents to domestic terrorists is now apologizing. But will AG Merrick Garland apologize for his gross abuse of power? @Jim_Jordan is fired up and was my guest live tonight! pic.twitter.com/47eb4Lzg67

Biden Reportedly Slips While ‘Playing’ With Dog, Twists His Ankle