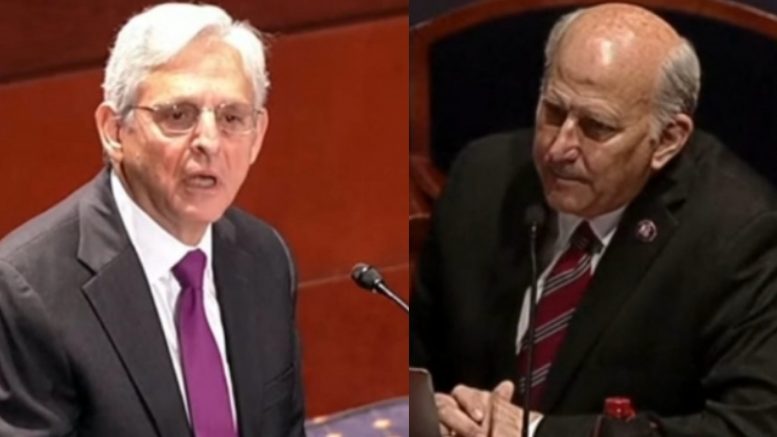 At one point, Rep. Gohmert appeared to discredit the “insurrection” label Democrats often use to describe the chaos that unfolded at the Capitol Building.

“I want to take you to January 6,” Gohmert said. “It’s a very common topic here for people. Has any defendant involved in the January 6 events been charged with ‘insurrection’?”

“I don’t believe so,” Garland responded.

“Well, that is the word most used by Democrats here on Capitol Hill about January 6, but no one has been charged with it that we could find either,” replied Rep. Gohmert.

The congressman then followed up by asking, “How many protesters on January 6 were charged with obstructing an official proceeding for four to six hours, do you know?”

“I don’t know the exact number,” replied Garland. “Obviously, there were 650 who were arrested, some for assaulting officers, some for obstructing proceedings, some for conspiring to obstruct proceedings. I can get you numbers for each of the specific…”

“Well, thank you,” Gohmert responded. “I would be interested in getting that number.”

Asked if the FBI or “federal law enforcement entities” were directly tied to individuals who damaged the Capitol Building and stirred up the crowd on January 6, AG Garland had a hard time giving a direct answer.

“I, uh… this is an ongoing criminal investigation, and I am really not at liberty to discuss,” Garland said. “There have been some filings…umm, umm, of, uh in the nature of discovery, which has been provided to the defendants. But I, uh, other than that, uh, I can’t discuss that now.”

Rep. Greene Gives a Detailed Account after Touring the ‘Patriot Wing’ of D.C. Jail Where J6 Inmates Are Being Held