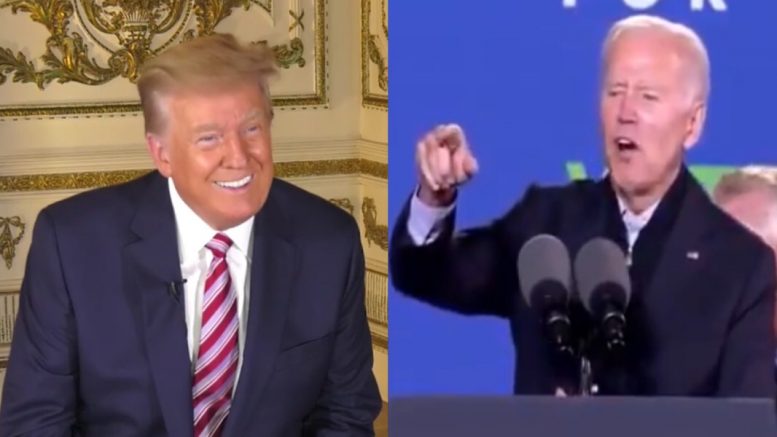 While stumping for Democratic gubernatorial nominee Terry McAuliffe at a rally in Arlington, Virginia on Tuesday, 78-year-old Joe Biden was heckled by protesters who were chanting “We love Trump!”

The Democrat career politician appeared to laugh off the chants coming from protestors, saying, “That’s alright. Let them go. That’s okay. That’s alright. Why don’t you hang out and talk to me after this over, okay? … That’s right, this is not a Trump rally. We let them holler.”

Joe Biden reacts to the protestors:

Nothing says 81 million votes, most in history, like "We love Trump" chants breaking out in NORTHERN VIRGINIA pic.twitter.com/jd9ctHxIkh

Meanwhile, 45th President Donald J. Trump issued a statement on Wednesday via email from his “Save America” PAC, responding to the “We love Trump” chants from the protestors at the Virginia rally.

Trump endorsed Youngkin after he secured the Republican nomination in May, but he has not done any events with the candidate yet. Continued Below

Democrat Terry McAuliffe and Republican Glenn Youngkin are tied at roughly 45% each, according to a USA TODAY/Suffolk University Poll released Tuesday. But roughly 5% of likely voters say they are still undecided a week before the Nov. 2 vote, USA Today reported.

In a statement in May, Trump had emphasized McAuliffe’s ties to Bill and Hillary Clinton: 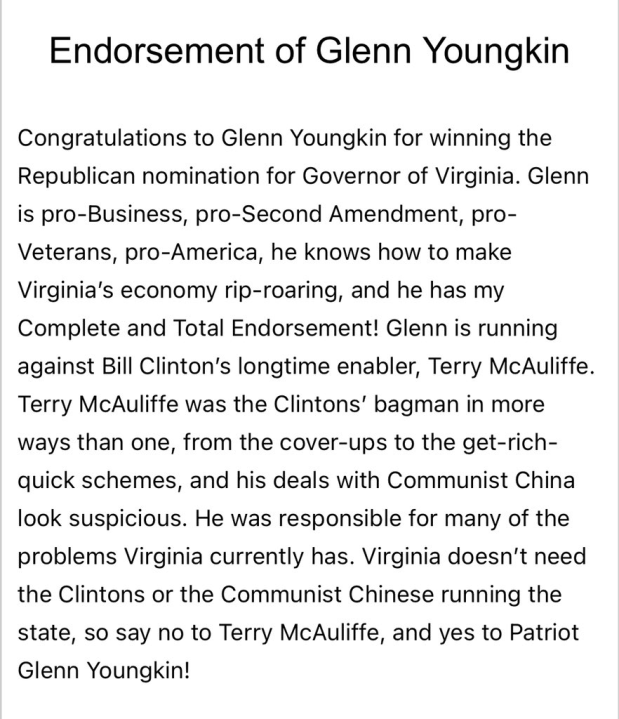