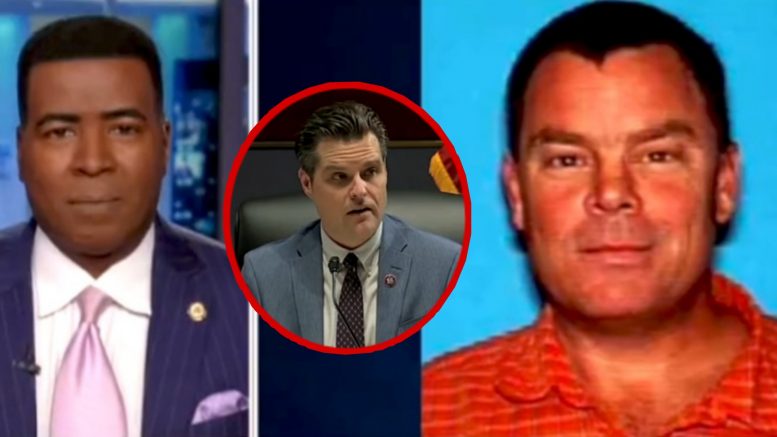 A California man who was arrested for allegedly making death threats against Rep. Matt Gaetz (R-FL) is a longtime member of the media, having served as a cameraman for ABC, NBC and CNN, according to Kevin Corke of Fox News.

“A man accused of barking death threats at Rep. Matt Gaetz, R-Fla., over the phone earlier this year was nabbed last week on a federal indictment, according to court records,” Fox News reported. “Prosecutors say that on Jan. 9 — three days after the Capitol siege — Eugene Huelsman called Gaetz’s office phone to menace the lawmaker.”

“Tell Matt Gaetz to watch his back, tell him to watch his children, tell him to watch everyone. I’m coming for him, he’s gonna f—king die,” aan believed to be Huelsman is heard saying on an audio tape played on Tuesday’s airing of Tucker Carlson Tonight. “He’s a f-king despicable f-king tyrant and I’m gonna f—king kill him…Watch your back, I’m coming for you. I’m gonna put a bullet in you and I’m gonna put a bullet in one of your f—king kids too I hate you.”

About a week ago, Congressman Gaetz said a man was traveling to D.C. and threatening to kill him. And despite the Capitol Police’s recommendation, according to Gaetz, the DOJ still didn’t press charges.

By the way, Huelsman is a longtime member of the media, having worked as a camera operator for ABC, NBC and CNN. Video Below

The man that threaten to kill @mattgaetz was finally arrested. He was a longtime member of the media. @kevincorke with the update. pic.twitter.com/VnCiuyg03q

Peter Doocy to Jen Psaki: ‘Why Do You Think the President Is Unpopular in Virginia?’

Tucker: Let’s Say You’re President & Your Poll Numbers Make You Somewhat Less Popular than Chlamydia – What Do You Do?