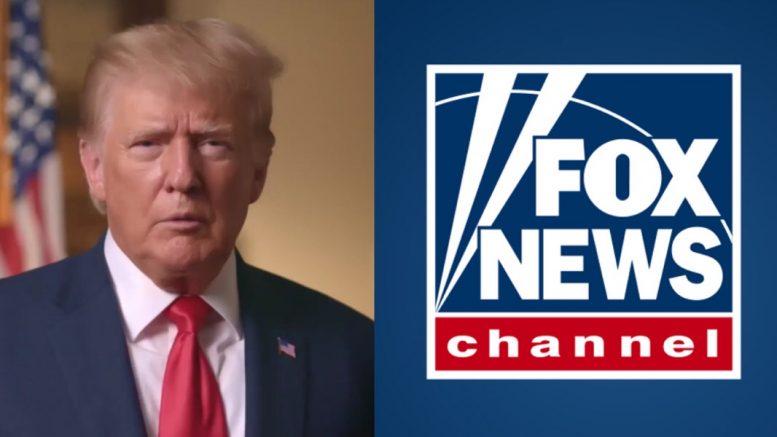 45th President Donald J. Trump issued a statement via email from his “Save America” PAC on Sunday, blasting FOX News for “continually allow[ing] horrible and untruthful anti-Trump commercials to be run” on the alleged conservative cable network.

“What good is it if FOX News speaks well of me when they continually allow horrible and untruthful anti-Trump commercials to be run—and plenty of them,” Trump said. “In the good old days, that would never have happened and today it happens all of the time.”

“Ratings-challenged CNN and MSNBC would never run a positive Trump ad—never,” the 45th President said in his statement.

“With so many forces against us, Big Tech, the Fake News Media, the Radical Left, the RINOs, and more, we are at such a disadvantage, but we will win anyway!” he added.

The PAC MeidasTouch claimed responsibility for the ad that allegedly prompted Trump’s statement, writing on Twitter Sunday that “we just broke Trump.”

“We didn’t think we could break him any more than we already had,” MeidasTouch tweeted. “But we did. After we put our ad on the air at Mar-A-Lago that is humiliating him for not coming to Virginia. He wants to come so badly. We are not done humiliating Trump and defeating him and his GQP puppets.” Continued Below

We just broke Trump. We didn’t think we could break him any more than we already had. But we did. After we put our ad on the air at Mar-A-Lago that is humiliating him for not coming to Virginia. He wants to come so badly. pic.twitter.com/6zwAF3FH9E

Yes, it’s true. Here is the ad we currently have on the air on Fox News at Mar a Lago humiliating Trump. pic.twitter.com/zmXqglcOsu

Ben Meiselas co-founder of Meidas Touch said that the anti-Trump ads have been airing in the Mar-a-Lago market for over a week.

Meidas has been running ads this last week in Mar-a-Lago market on Fox calling Trump a chicken shit for not showing his face in Virginia. Trump has responded. Lol. https://t.co/DtJGxXwoJB

Meidas Touch told Mediaite in a statement: “We already knew Trump was a pathetic loser, but hopefully his unhinged tirade at seeing our ad also showed voters in Virginia how heavily invested Trump is in destroying the state by having his proxy Youngkin elected.”

(Related: Trump Reacts To Fox News ‘Not Covering The 2020 Election Fraud’: “A Disservice To Our Country- People Have Turned Them Off!”)

Tucker: For Accuracy, This Show Will Seize Referring To The White House As The ‘Biden Administration’