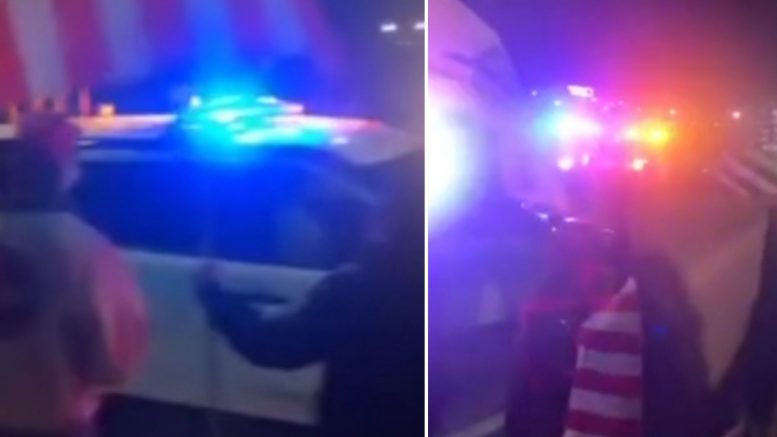 Patriots holding ‘Don’t Tread on Me” and American flags got the surprise of their life when a police officer appeared to say over his SUV loudspeaker “Let’s Go Brandon,” which has trended as the code phrase for “F**k Joe Biden.”

The situation was caught on camera and uploaded to TikTok.

One of the demonstrators standing along the road at an unknown location is heard yelling “Let’s go boys! Boys in blue!” as the officers drive by.

Moments later, “Let’s Go Brandon” is heard being shouted over the patrol vehicle’s loudspeaker in response.

“Let’s Go Brandon” soared into a trending national catch-phrase after an NBC reporter went into damage-control mode as “F**k Joe Biden!” chants erupted on live TV at a NASCAR event.