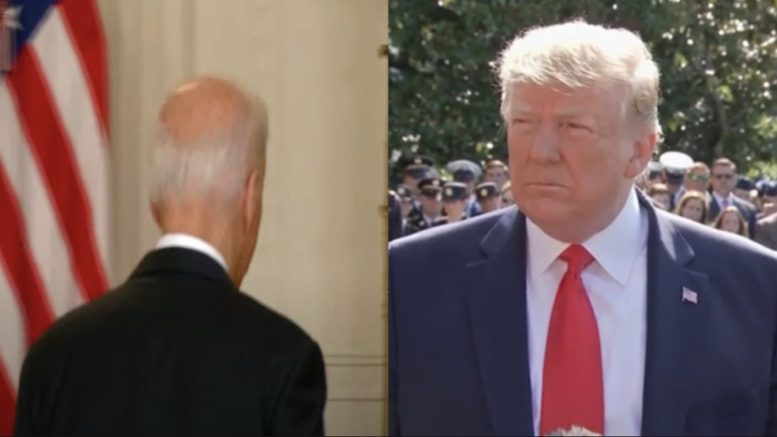 45th President Trump railed against the Democrat-led House committee — which is allegedly probing the January 6 Capitol Hill protest — saying in an email statement on Monday that it was an attempt to distract Americans from 78-year-old Joe Biden’s “massive failures”.

Trump also said the events at the Capitol “would have never happened if the people in charge did their job and looked at the intelligence”, pointing to a report that a U.S. Capitol Police whistleblower wrote to congressional leaders last month criticizing the agency’s chiefs for failing to share intelligence and not doing enough to support officers reportedly caught in the trouble.

The highly partisan Unselect Committee is just a sideshow to distract America from MASSIVE failures by Biden and the Democrats. What happened to the Capitol would have never happened if the people in charge did their job and looked at the intelligence.

They abandoned the officers on the ground, just like Biden abandoned Americans in Afghanistan. Instead of holding bad leaders accountable, the Democrats are going after innocent staffers and attacking the Constitution.

Why is the just released bombshell January 6th whistleblower report being ignored by the mainstream media? Based on this high ranking Capitol Police official’s report, these partisan hearings must stop at once.

This is yet another continuation of the Radical Left’s Witch Hunt—led by Shifty Adam Schiff and his crew who misled America on RUSSIA, RUSSIA, RUSSIA, the “Perfect” Ukraine phone call, the Mueller report scam, and so much else. Now Shifty, who couldn’t get a job with the administration, is at it again. Radical Left Democrats are rapidly destroying America! Continued Below

The 45th President also shared an article via email on Monday from the Daily Mail, titled: Whistleblower former top Capitol Police cop slams two senior officers for ‘blankly staring at TV screens and doing nothing’ during January 6 riot while colleagues ‘fought for their lives’ in letter to Congress.

As reported by Daily Mail:

Two US Capitol officers were accused of ‘staring blankly at the TV’ instead of helping their fellow officers during the January 6 Capitol riots. In a 16-page letter addressed to members of the House and Senate on September 28, a whistleblower excoriated the actions of assistant chief Yogananda Pittman and acting assistant-chief Sean Gallagher. Continued Below

The whistleblower claimed they sat in the control room and did nothing while the Capitol was under siege and their fellow officers were injured or even killed. ‘They did not try to help or assist as officers and officials were literally fighting for each other, their lives and the Congress,’ the anonymous complainant wrote.

‘What I observed was them mostly sitting there, blankly looking at the TV screens showing real time footage of the officers and officials fighting for the Congress and their lives,’ the former department official, who said they were in the command center for much of the attack, wrote.

It also alleges that the pair didn’t share crucial intelligence about the riot, which they received the month before the siege, and would have ‘changed the paradigm of that day.’ … ‘Their failures have been marginalized, negligibly investigated [and] categorically underreported,’ claimed the whistleblower, who said they worked at the U.S. Capitol on the day of the January 6 ‘Stop the Steal’ protests.

‘Without accountability… they have been restored to their exact same positions as if they were not responsible for the single greatest intelligence failure in the history of the US.’ Continued Below

In an additional email statement on Tuesday, the 45th President slammed “poorly rated morning “news” shows over their “lies, exaggerations, and outright fraud” over the January 6th protest.

Not even possible to believe the lies, exaggerations, and outright fraud committed by very poorly rated Morning “News” Shows about the January 6th protest. They say whatever comes to their mind, like writing a fictional novel.

The press has lost its way at a level that is not even believable. Books, likewise, are made up stories and should only be sold as fiction. These are terrible human beings that do this to our Country. The 2020 Election was a fraud rife with errors, irregularities, and scandal.

The Radical Left knows it, the media knows it, and the Patriots of our Country know it, and now the U.S.A. is paying a big price—it is very sadly going to hell! Continued Below 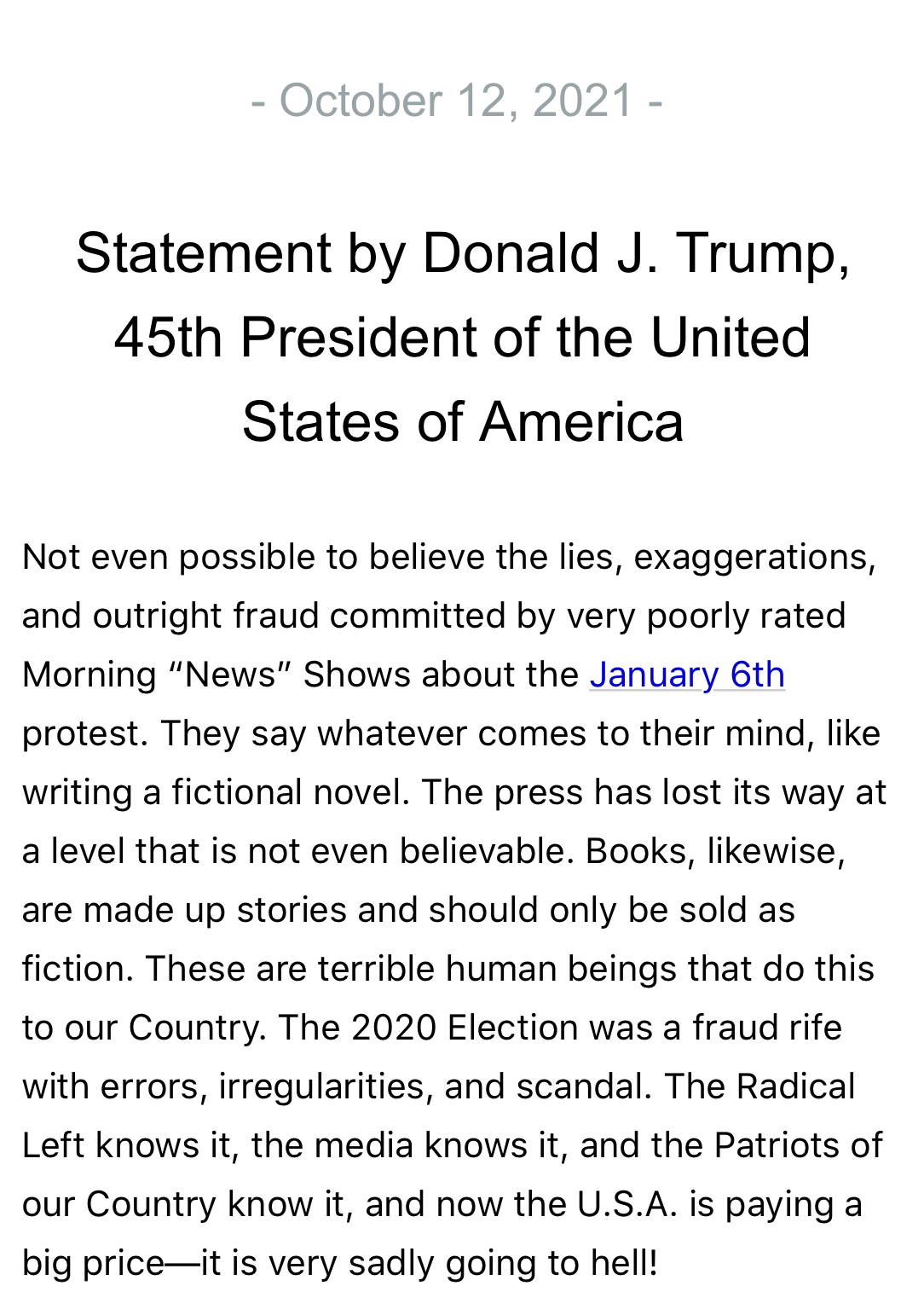 WATCH: Focus Group Shocks CBS Host After They Agree America Is Not In A Better Place Than It Was One Year Ago