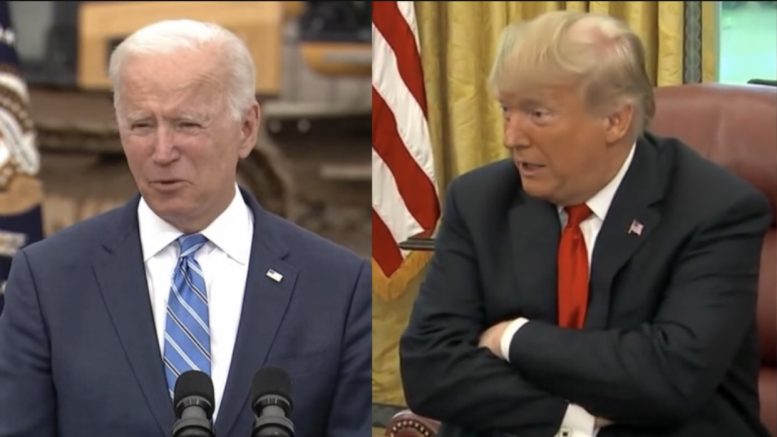 45th President Donald J. Trump issued a statement on Wednesday via email from his “Save America” PAC, warning that America “may very well end up in a war with China,” because of “weak and corrupt leadership” after “the election was rigged”.

Trump’s statement came one day after Joe Biden announced that he and Chinese President Xi Jinping have agreed to “abide by the Taiwan agreement,” an apparent reference to the Taiwan Relations Act that outlined the diplomatic relationship between the U.S., China, and Taiwan in 1979, Newsmax reported.

Because the Election was rigged, and America now has weak and corrupt leadership, we may very well end up in a war with China who no longer respects the USA.

They witnessed firsthand our television generals’ complete surrender to the Taliban with the loss of 13 great Warriors and the handing over of $85 billion of the best and most expensive Military equipment in the World—China and Russia are already reverse engineering the equipment so they can build it for themselves.

The only thing the Radical Left Democrats, who are destroying our Nation, are good at is rigging Elections and criminal activity, while always blaming the other side through corrupt prosecutors and prosecutions.

Our Country is in big trouble—we better get going fast! Continued Below

China recently increased its rhetoric regarding its claims of sovereignty over the island of Taiwan, and Taiwanese officials said earlier this week that Beijing sent over 50 military aircrafts into their airspace.

The U.S. State Department said last Sunday that it’s “very concerned” about the “provocative military activity near Taiwan,” in a statement from spokesperson Ned Price, who added, “We urge Beijing to cease its military, diplomatic, and economic pressure and coercion against Taiwan.” Continued Below 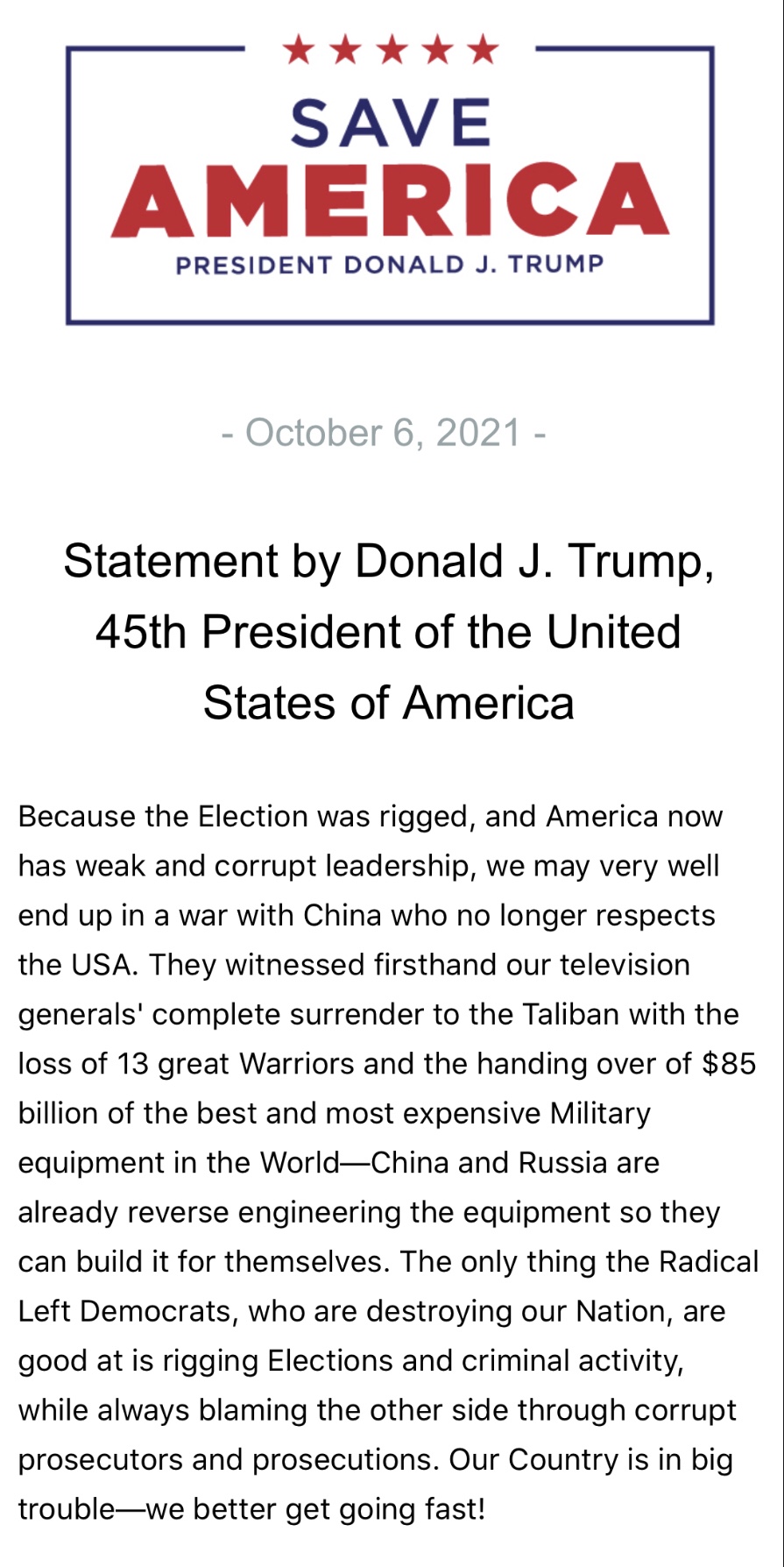