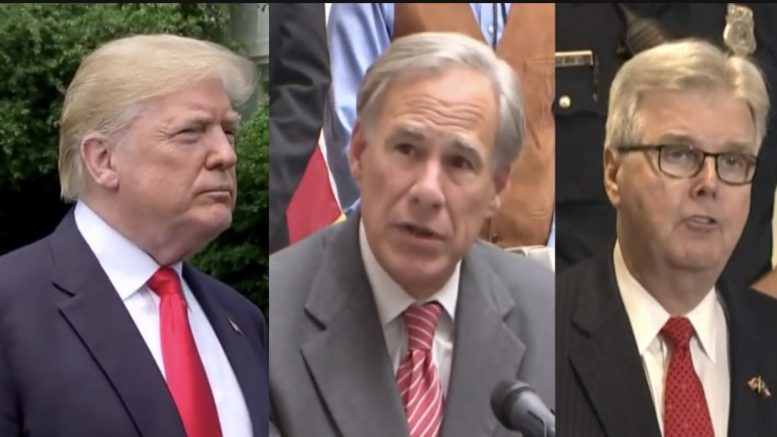 45th President Donald J. Trump issued a statement on Friday via email from his “Save America” PAC regarding a bill filed by Texas State Senator Paul Bettencourt (R), which would allow audit reviews of the 2020 presidential election and also create a process for auditing future election results.

Trump, on September 23, issued an open letter requesting a “forensic audit” of the 2020 election in Texas, a state he handily won, defeating 78-year-old Joe Biden 52% to 46.6%. Hours later, the Texas Secretary of State’s Office said it would probe the election results in Dallas, Collin, Harris and Tarrant counties.

Just heard Patriots are moving the Texas Audit Bill forward. Texas State Senator Paul Bettencourt filed Senate Bill 47, legislation that authorizes Texans to initiate a strong and real Forensic Audit of the 2020 Presidential Election Scam—not a weak risk-limiting audit that is being slow-walked through the Secretary of State’s office.

Lt. Gov. Dan Patrick, a great guy, sent the bill to the State Affairs Committee the very same day, and it should quickly pass through the Senate. There is still time for the House to take up the issue in the Third Special session with House Bill 16.

I’d like to thank Dan and Paul for their bold leadership, and for listening to Texans who are demanding answers about Nov. 3. Everyone feels certain Governor Abbott will follow suit. This will have a big impact on the upcoming 2022 and 2024 elections in Texas. Texas will always be red, but we must stop the cheating.

Keep it up and get this bill over the finish line. Passing the audit bill will be a Big Win for Texas! Let’s make sure the great people of Texas believe and trust their elections. Continued Below 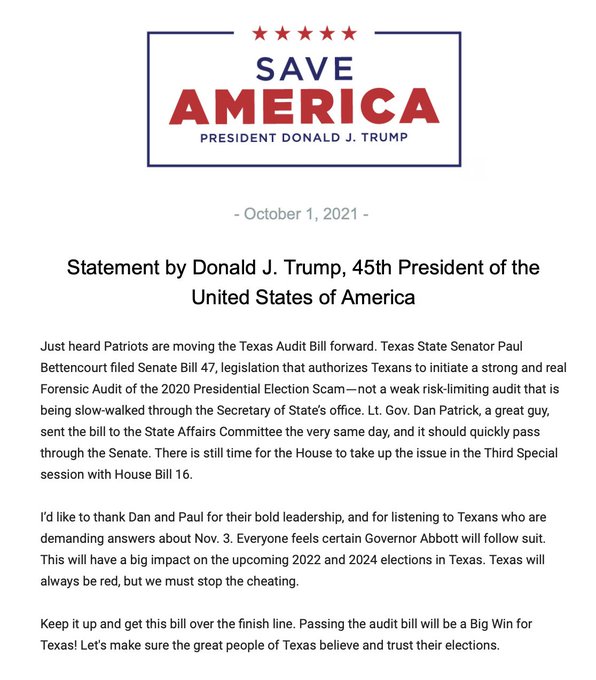 (Related: Trump Sends A Letter To Gov. Abbott Requesting An Immediate Forensic Audit: “Get To The Bottom Of The 2020 Presidential Election Scam!”)