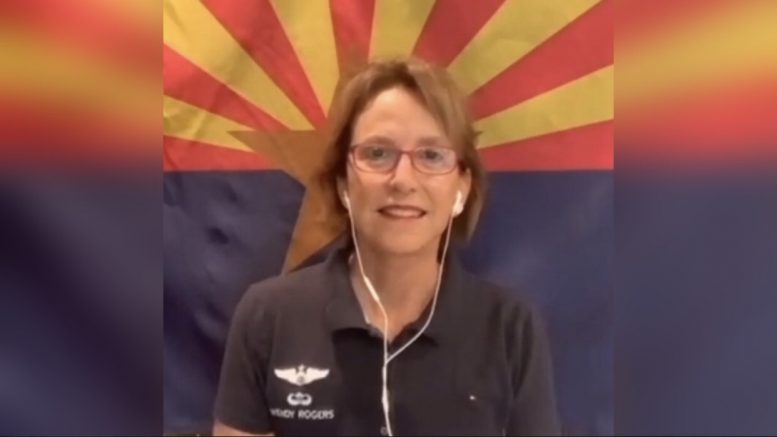 Earlier in the month, Maricopa County Board of Supervisors agreed to settle with the Arizona State Senate after failing to comply with a subpoena related to the 2020 election forensic audit.

“Under threat of losing hundreds of millions of dollars in revenue sharing, today Maricopa County settled with the State Senate, in a victory for election integrity and the Arizona taxpayer,” Arizona State Senate President Karen Fann (R) said a statement on September 17. “The agreement sets up a Special Master paid for by the County, who will get the answers to questions the Senate has had concerning the routers and splunk logs used in the 2020 election.”

Brnovich determined in his investigation that the Maricopa County Board of Supervisors (MCBOS) violated state law for failing to comply with the Arizona Senate’s legislative subpoena related to the 2020 election audit, and he warned them to resolve the violation within 30 days or risk losing millions of dollars of their revenue share from the state.

Fann’s statement went on to read, “In addition, the county has agreed to drop its notice of claim of $2.8 million to replace election equipment delivered to the Senate required in the January subpoena.”

Arizona State Senator Wendy Rogers (R) had summed up the settlement in one simple statement. “Summary: We won,” Sen. Rogers tweeted. “They dropped their $2.8 meaningless claim for the machine replacement. We get the routers and splunk logs. Cyber Ninjas has full access. Maricopa caved.” Continued Below

On Thursday, Senator Rogers provided an update over the routers and the splunk logs in regards to the forensic audit.

“I spoke with Senate President [Karen Fan] about the routers and the splunk logs. She says that the lawyers are working with Shadegg on the selection of IT experts and that Cyber Ninjas (Doug Logan) & Cyfir (Ben Cotton) are involved,” Sen. Rogers, a retired USAF pilot, said in a post on Telegram.

“Doug and Ben are currently preparing the documents with all of the data they need. I will keep you all updated with info as I get it,” she added. Continued Below

HUGE win for the Az Senate today! Maricopa settlement gives us all the data needed to complete the review of the routers & splunk log to the most comprehensive election audit in history. We got everything we need and more. Maricopa County goes home with its tail between its legs

Senator Wendy Rogers’ update over the routers and splunk logs: