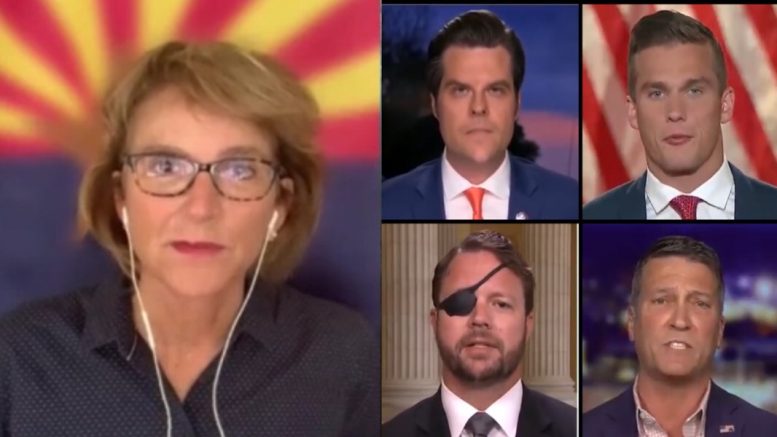 [On Thursday], the United States House of Representatives voted to advance legislation that will allow police to confiscate firearms of individuals believed to be a threat to themselves or others, known as Red Flag Laws, that became highly controversial during the Trump administration due to fears they would be abused. The anti-Second Amendment bill, which soared through the U.S. House and will now head to the Senate, had the bipartisan support of 135 Republican representatives, Tom Pappert from National File reported.

The bill would also require young women to register for Selective Service — the agency that handles military drafts — for the first time. According to reports, if the provision makes it through the Senate and becomes part of the FY 2022 National Defense Authorization Act, it will become mandatory for young women between the ages of 18 and 26 to sign up for the draft, just like men between those ages have been required to do for decades, as reported by Washington Press Today.

The $778 billion National Defense Authorization Act (NDAA), an annual defense package, was passed after 181 Democrats and 135 Republicans in the House voted to approve it.

Only 38 Democrats and 75 Republicans voted against the legislation.

Arizona State Senator Wendy Rogers (R) reacted on Sunday by grilling some of the Republicans who voted lockstep with Democrats on the bill, which includes Red Flag Laws and drafting women to register for Selective Service. Continued Below

“If you voted to draft our daughters or for #RedFlag gun confiscation in the latest trash bill to come out of DC resign now,” Senator Rogers wrote in a tweet on Sunday morning.

She followed up later in the afternoon in another tweet over the GOP representatives who voted for the bill. “I am hearing some really bad things about some supposed conservative congressmen,” she said.

If you voted to draft our daughters or for #RedFlag gun confiscation in the latest trash bill to come out of DC resign now.

Here is a list of GOP representatives who voted for the bill alongside Democrats. H/T via Tom Pappert at National File.

🧵Here are the Republicans who voted yea: pic.twitter.com/wyiO231ZfI