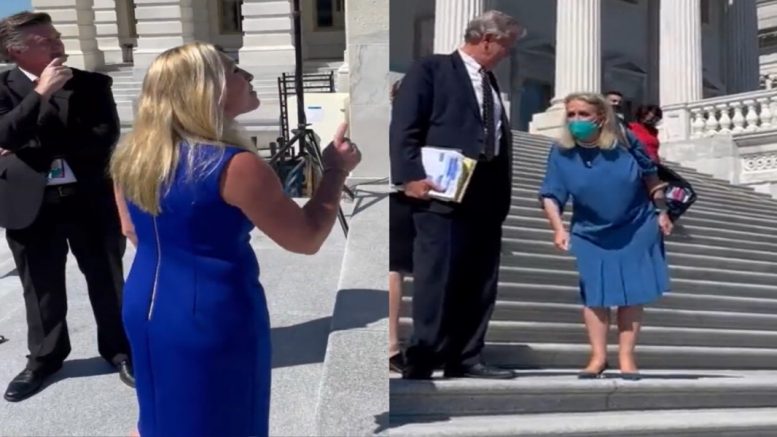 House Democrats, on Friday, passed a bill  that would bar states from restricting abortions if it is also passed by the Senate and signed into law.

The House voted mostly along party lines to pass H.R. 3755; the Women’s Health Protection Act of 2021. All Democrats voted yes except for Rep. Henry Cuellar (D-TX), who voted no, and one other Democrat who did not vote. All Republicans voted no except for two members who did not vote, reported The Epoch Times.

The bill says abortion services are a constitutional right, as decided by the Supreme Court in Roe v. Wade, but that access to abortion “has been obstructed across the United States in various ways,” including by state laws.

It also says that health care providers can carry out abortions with virtually no limitations or requirements, a provision aimed at pre-empting new state laws and superseding some current ones.

The bill would need 60 votes in the upper chamber to clear the filibuster. Continued Below

Following the House passing the bill, Rep. Debbie Dingell (D-MI) confronted Rep. Marjorie Taylor Greene (R-GA) on the steps of the U.S. Capitol, leading to a shouting match over “lack of civility”.

“You should all be ashamed,” Rep. Greene said, scolding Democrats after their abortion vote.

Rep. Dingell yelled to Rep. Green, “You should be ashamed for your lack of civility”. Continued Below

Greene fired back at Dingell: “Killing a baby up until birth is a lack of civility. It’s called murder. Hey, how about the border down there? Lack of civility. How about lack of laws or protecting our Constitution?”

“We have lots of laws we follow,” Dingell responded. “You should practice the basic thing you’re taught in church: Respect your neighbor.”

After the heated exchange, Dingell nearly fell down a step.

“Watch your step, lady. You’re going to fall down,” Greene added. “Control yourself.”

1- ALL House Democrats are evil and will kill unborn babies all the way up to birth & then celebrate.

2- You might fall down the stairs when your unhinged & hypocritically preaching about being civil, going to church & killing babies.

(Related: Reporter To Psaki: “Why Does [Biden] Support Abortion When His Own Catholic Faith Teaches Abortion Is Morally Wrong?”)