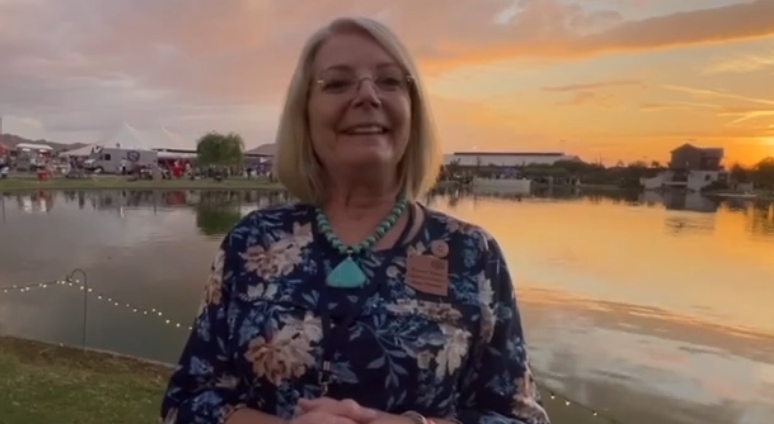 Arizona Senate President Karen Fann explained in an interview on Saturday why the latest settlement with Maricopa County is “a huge win” for GOP legislatures who have been trying for months to investigate routers and splunk logs used in the 2020 election.

The agreement with county officials sets up a Special Master paid for by the County, who will get the answers to questions the Senate has had concerning the routers and splunk logs used in the 2020 election.”

“So, you, Senator Sonny Borrelli, Senator Wendy Rogers, Senator Peterson, you all say that this settlement with the County yesterday was a win. A lot of people think otherwise, can you explain how it’s a win?” The Gateway Pundit’s Jordan Conradson asked Sen. Fann during a filmed interview.

“Yeah, it’s a huge win for us,” Sen. Fann replied. “So remember we have been for months, trying to get access to the routers and the Splunk logs and a few of the other things. We were successful in getting some stuff on the subpoena but they’ve been holding these out for months. And the reason why we needed, we need the data from them, we need the information so we can finish the audit.”

Sen. Fann went on to say that county officials were not comfortable with having some of the information on their equipment being analyzed by the Senate’s selected auditors, which is why the two parties agreed to appointing an independent “special master” — an official who has the credentials to organize how the required information.

“The special master will be picking two independent IT professional companies, and what we will do is, our auditors and his folks, they will all give the special master all the things that we need,” Sen. Fann said. “Our questions what we need where we need it from, and those IT people aren’t going to be the ones that will extrapolate all that information for us, so we will get all that information so we can see if we can get this audit finished. People want the audit finished, we’ve got to get this done.”

Conradson followed up by asking, “So, what do you say to those who say this isn’t because the auditors are not actually receiving the routers, they’re getting access to them?”

“So, it’s so in the question that you just had about, you know what about the ones that say you aren’t really receiving the routers, we don’t have to have the routers physically,” Sen. Fann replied. “As long as we can get the information from those routers that we want.”

She continued, “We actually offered this a couple of months ago. The auditor said look, if you’re not comfortable bringing the routers to us, will come to you at MCTEC, and your people can be sitting right there, and then we will just be right there next to them and we can do the same thing. The Board of Supervisors refused. This could have been done again months ago, but now here we are after court case, after everything else.”

“Now we’re finally going to get the information, and, and then in addition to that they also said we’ll drop that $2.8 million claim against you, and here’s the real sweet thing about it is, this is only to settle the 1487 We still have 100% full control and full ability to do anything we want. So if we need something else tomorrow. If we don’t think that they’re being aboveboard with us, we can issue another subpoena tomorrow and we’ll start this all over if we need to, but at least it got them off the dime, and maybe we can actually now get this thing done,” Sen. Fann said.