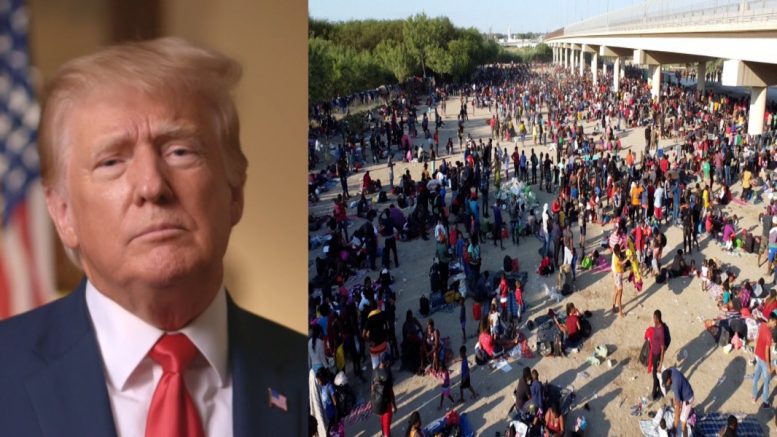 In a pair of statements issued this weekend via email from his “Save America” PAC, 45th President Donald J. Trump weighed in on the Haitian migrant surge in Del Rio, Texas that has exploded under the Biden administration, warning, “This is not just a Border Crisis, this is a Crisis Crisis.”

Fox News’ Bill Melugin posted footage on Twitter over the last few days, showing Haitian migrants walking across a dam in the Rio Grande, traveling to the International Bridge in thousands, and causing major concern for the already ongoing crisis at the southern border, occurring after Joe Biden and Kamala Harris took office.

Statement(s) by Donald J. Trump, 45th President of the United States of America:

It is incredible that our National Guard is standing at the empty Capitol, not at our Southern Border, where the number of illegals coming into our Country is at a level that has never been seen before!

The largest number of illegal aliens in the history of our Country are pouring in by the millions. They are totally unchecked and unvetted, can do whatever they want, and go wherever they want. Our Country is rapidly becoming a cesspool of humanity.

Murderers, drug dealers, and criminals of all shapes and sizes are a big part of this massive migration. Tens of thousands of people are coming from Haiti, and many now from countries in Africa, even more so now than South America.

Nothing is done and the corrupt Mainstream Media is giving almost no attention to what will be perhaps the greatest Crisis in the history of our Country. This is not just a Border Crisis, this is a Crisis Crisis. God Bless America! Continued Below

On Wednesday, the numbers under the bridge were more than 4,000, by Sunday that number had spiked to approximately 12,600 migrants according to U.S. Border Patrol Chief Raul Ortiz.

Multiple sources told Fox News that they have been told that there are “tens of thousands” more on their way. A source had told Fox on Thursday that Border Patrol was overwhelmed and that the situation is “out of control,” while Texas lawmakers have expressed horror at the squalid scenes of thousands of migrants huddled under the bridge waiting to be processed into the U.S. 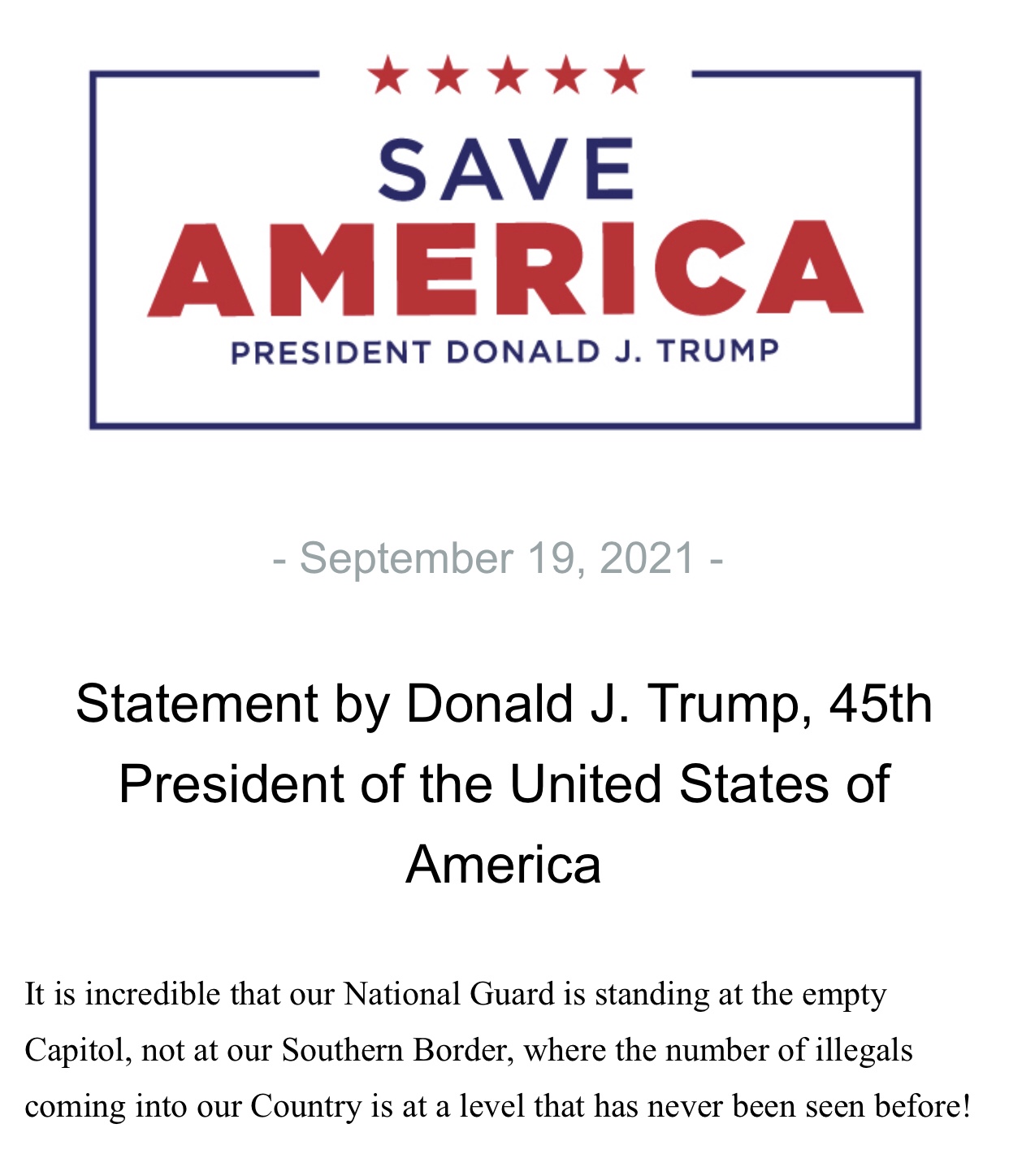 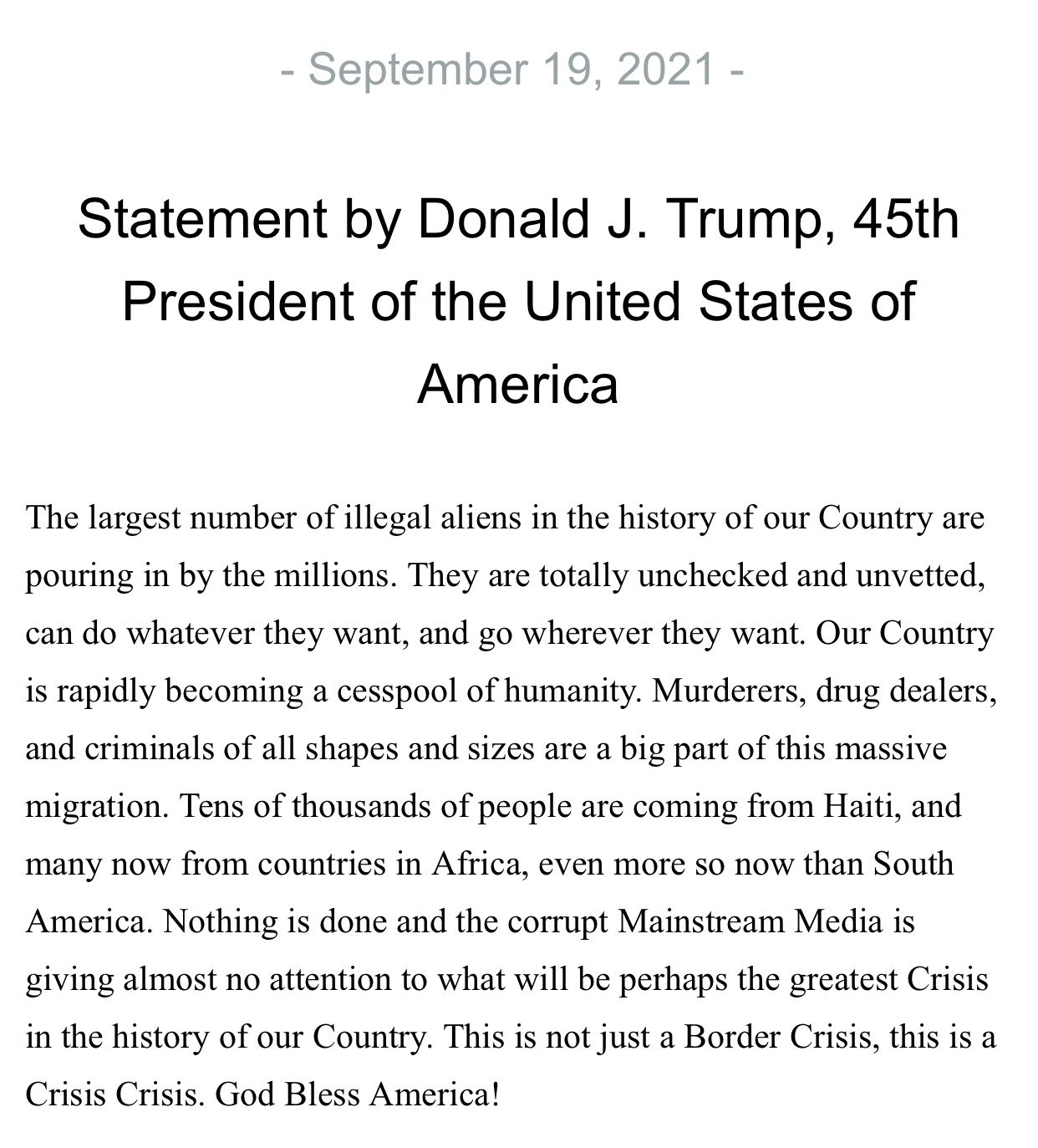 Part of our live shot on the Rio Grande in #DelRio while we watched live as a constant stream of migrants crossed illegally into the United States from Ciudad Acuna, Mexico. The migrants then walk to the international bridge where over 14,000 migrants are. More coming. @FoxNews pic.twitter.com/EaUlQXgb3F

NEW: From our @FoxNews drone, a look at the migrant camp under the international bridge in Del Rio this morning, where thousands migrants remain after they crossed into the US illegally. pic.twitter.com/06sUY2XCi5

NEW: As of 7:15pm Del Rio time, here is what the situation under the international bridge looks like, where close to 15,000 migrants have camped out after crossing illegally. Many of the migrants have constructed makeshift shelters from sticks and plants. @FoxNews pic.twitter.com/i6tyPxSw25

BREAKING: I am absolutely stunned by what I’m witnessing right now. We are on a boat in the Rio Grande near the Del Rio international bridge and we are watching as masses of hundreds of migrants walk across the river from Mexico and stream into the US illegally. @FoxNews pic.twitter.com/xXE4pDkpIe

Bad weather starting to move in here in Del Rio. Wind blowing dust and trash left by the migrants all over the place. We have to get off the water for the time being. @FoxNews pic.twitter.com/UYTuXBdbe6

NEW: Video courtesy of @TxDPS shows the current situation under the international bridge in Del Rio, TX, where more than 14,000 migrants have gathered after crossing illegally into the United States. Law enforcement says conditions are like third world refugee camps. @FoxNews pic.twitter.com/oLUg50YM9L

More footage. Major thank you to Texas DPS. When the FAA grounded our drones, DPS was willing to get us in the air to show ongoing deteriorating situation at the bridge. The situation is in Del Rio is completely out of control. @FoxNews pic.twitter.com/8RUXheV8gk

Law enforcement sources say there are up to 10,000 more migrants en route to cross illegally into Del Rio. They have been walking across a dam in the Rio Grande all morning long, and they then walk to the international bridge where they are congregating underneath. @FoxNews pic.twitter.com/xzAcyglRLB

Our border is *wide-open*

This is BIDEN'S border crisis. pic.twitter.com/QgcEbV8ZFv

NEW: Del Rio residents are gathering to protest the Biden administration over the deteriorating situation at the international bridge in Del Rio. Hearing from source the number of migrants under the bridge has now swelled to over 14,000. Del Rio population is 35,000. @FoxNews pic.twitter.com/3gsrHp5DPL