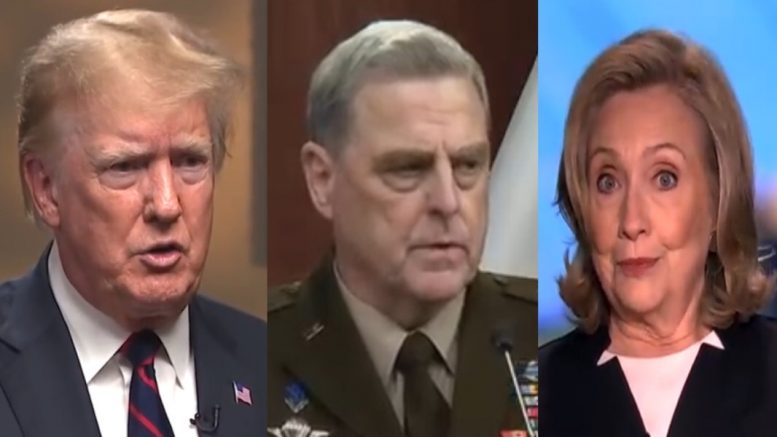 Trump issued the statement from from his “Save America” PAC, predicting “the people of our Country are not going to take it anymore!”

After many years of allowing China to rip off the United States on trade and so much else, I was very tough on China, by far the toughest of any U.S. President in history. During my administration, China paid us hundreds of billions of dollars and finally respected the U.S. again. Before me, they never gave us “ten cents.”

For Lightweight General Mark Milley to have called the Chinese to “bring down the temperature” of my negotiations with them, negotiations that were having a major positive impact on large-scale benefits to the United States, is outrageous. We were not going to make any Military moves—never even thought of it, but we were hitting them so hard in all other ways. While every other President caved to China, China was caving to me and the U.S. for the first time ever.

“Dumbo” Milley inserted himself right in the middle of my trade negotiation, and if he did what is reported, he would have had a profound negative effect on those negotiations. Milley is an idiot with no common sense or ability to negotiate—that’s why he left $85 Billion of the World’s best Military equipment in the hands of the Taliban for no reason whatsoever. That’s also why 13 young Warriors are not with their families tonight.

Mark Milley hurt our Country very badly, and he should pay a big price, just like the crooked politicians and lawyers on the Hillary Clinton campaign for the years of Fake Russia, Russia, Russia stories that are now being revealed with the arrest yesterday of Attorney Michael Sussmann of the Democrat’s Law Firm Perkins Coie, who was one of the heads of the operation. Continued Below

I have had the same fake “bullshit” going on for years with the Witch Hunt by New York District Attorney Cyrus Vance and Attorney General Letitia James, headed by Never Trumper Mark Pomerantz, who now shockingly works for the DA’s office, but is a partner of the Hillary Clinton and DNC’s Democrat Party Never Trumper Law Firm Paul, Weiss, Rifkind, Wharton & Garrison.

This is unprecedented! Over three million pages of documents have been examined by them (a record fishing expedition!), Never Trumper lawyers and law firms are used by the DA and AG to “Get Trump,” in their prosecutorial misconduct Witch Hunt, anti-Trump political campaigns are viciously waged by them to get elected—and they have NOTHING!

Murder and all forms of crime are “through the roof” in New York, and their focus is on “Trump,” despite numerous other political investigations that went nowhere. They are spending tens of millions of dollars with a vast army of Trump Haters. This has been going on for years and the people of our Country are not going to take it anymore! Continued Below 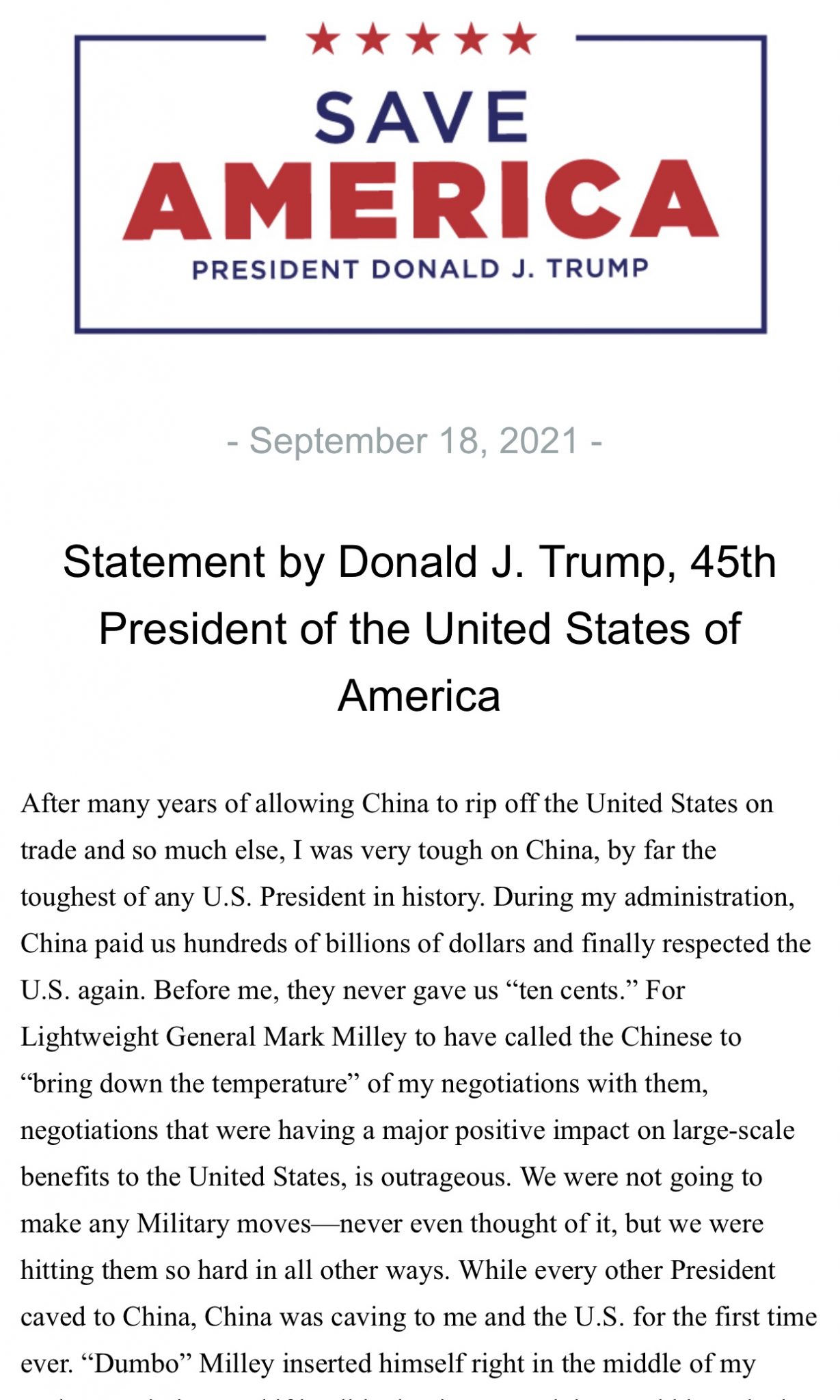 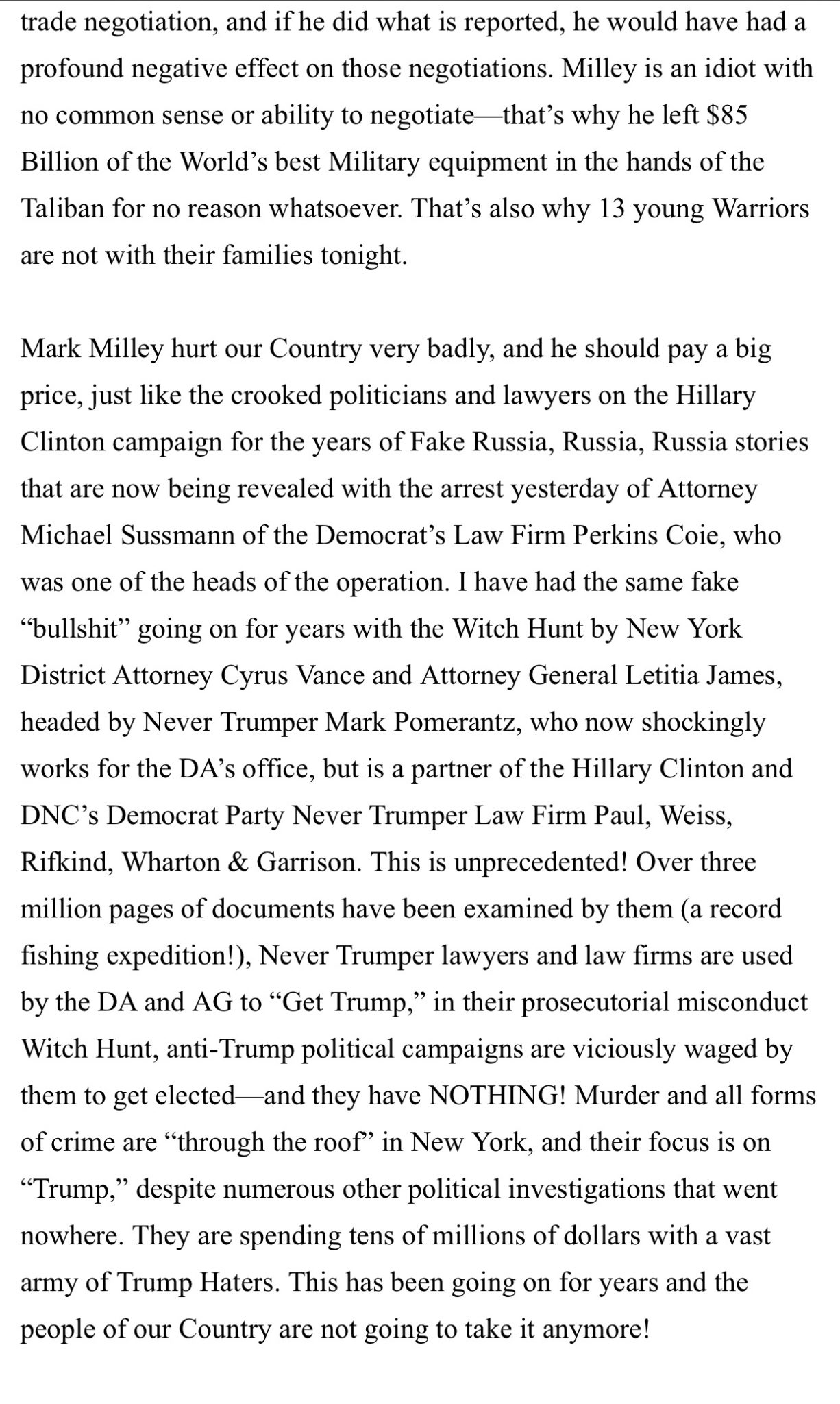 Trump Responds To Criticism Of Using The Phrase ‘Chinese Virus’: “Saying That Our Military Gave It To Them Creates A Stigma”

Dinesh D’Souza Exposes The Difference Between Troops’ Respect For Trump Vs. Obama