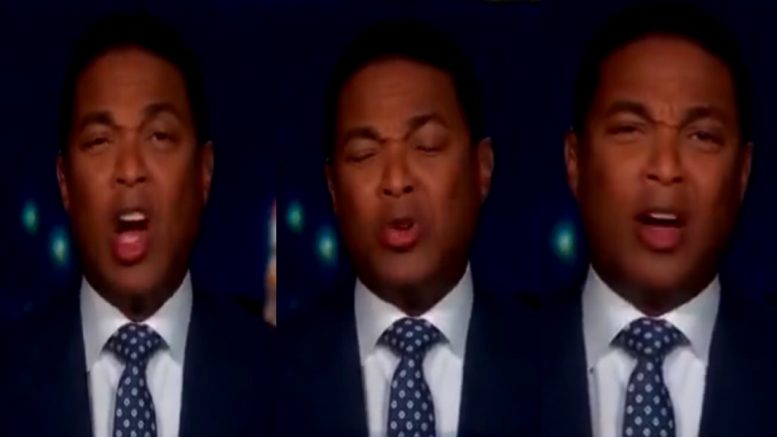 CNN host Don Lemon on Wednesday called on Americans to shame “stupid” unvaccinated people, saying they should be left behind, claiming they are “harmful to the greater good.”

“I think we have to stop coddling people when it comes to … the vaccines, saying ‘Oh you can’t shame them. You can’t call them stupid.’ … Yes, they are,” Lemon said, venting his irritation.

“The people who aided and abetted Trump are stupid because they believed his big lie,” Lemon alleged.

“The people who are not getting vaccines, who are believing the lies on the internet instead of science, it’s time to start shaming them or leave them behind. And because they’re keeping the majority of Americans behind,” the CNN host said.

CNN’s @DonLemon: Like Trump voters, we should call unvaxxed Americans “stupid” and “start shaming them”

"Or leave them behind. Because they’re keeping the majority of Americans behind." pic.twitter.com/6Ga4oQ7kic

CNN’s @donlemon: “If you’re not going to get vaccinated … then maybe you don’t want to go to the hospital when you get sick.” pic.twitter.com/rY0p0jwdTY

(Related: Don Lemon On His Trump Friends: “I Just Had To Get Rid Of A Lot Of People In My Life… They Have To Hit Rock Bottom Like An Addict”)