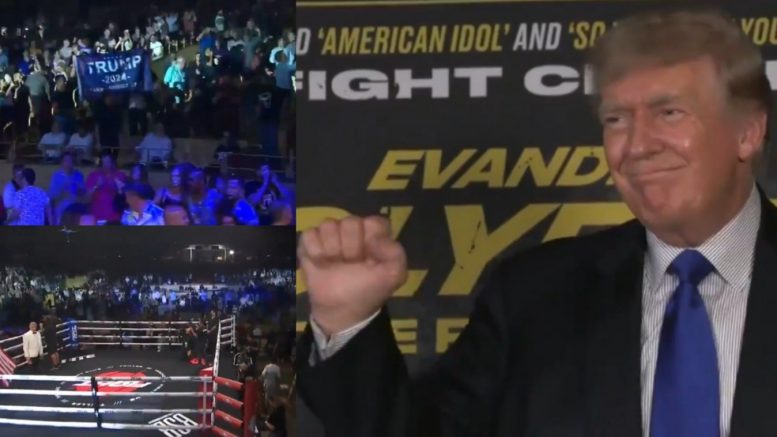 “WE LOVE TRUMP” chant breaks out at Holyfield vs Belfort fight @DonaldJTrumpJr pic.twitter.com/uW7S8pH3Ca

Belfort ended up quickly defeating Holyfield in the first round by technical knockout in one minute and forty-nine seconds.