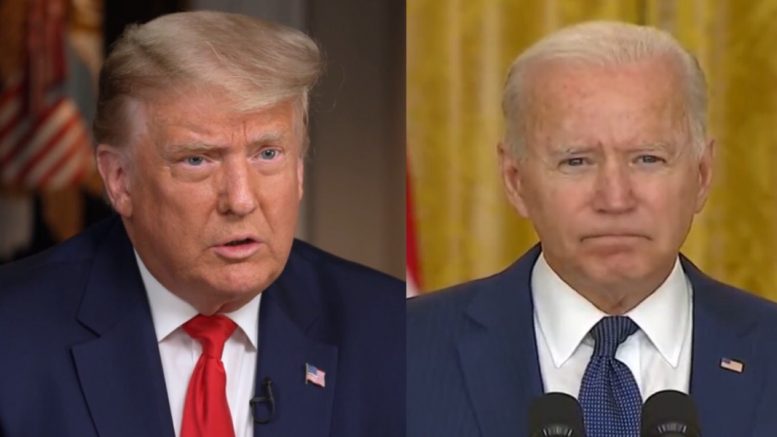 45th President Donald J. Trump issued a statement Tuesday via email from his “Save America” PAC, slamming the Biden administration’s “horrible job” over COVID-19, suggesting that the media is “using the same coverup methods ” just like the “incompetent withdrawal from Afghanistan”.

Trump’s statement comes ahead of 78-year-old Joe Biden preparing to deliver remarks on Thursday, where he is reported to lay out a six-pronged strategy involving both the public and private sectors in his administration’s latest efforts to stop the spread of the COVID-19 delta variant and boost vaccination rates.

Why is it that nobody talks about the horrible job being done by the Biden Administration on COVID-19, often referred to as the China Virus?

Are they using the same coverup methods that they are using on the greatest embarrassment in the history of our Country, the incompetent withdrawal from Afghanistan—leaving dead warriors, hostages, and $85 billion worth of the highest-grade Military equipment behind?

No Military event in our Country has ever been so poorly handled. We could’ve left with dignity, honor, success, nobody killed, and our equipment. But we didn’t! Continued Below

The announcement from White House press secretary Jen Psaki comes as the U.S. reached more than 40 million recorded cases of COVID-19 since the pandemic began and as health officials race to contain the highly contagious variant.

Nearly 650,000 Americans have died from the virus since the pandemic began more than 18 months ago. Continued Below

The president’s approval rating on his handling of the coronavirus pandemic has dropped by 10 points since June, according to a recent Washington Post-ABC News poll. The survey found 52% of adults said they approved of the way he is handling COVID-19, down from 62% who said he was doing a good job in late June.

Meanwhile, during the 2020 campaign, Biden had tweeted on August 18, 2020, “Donald Trump still doesn’t have a plan to get this virus under control. His failure to lead is costing American lives.”

Then, in his first few days in office, Biden said, “There’s nothing we can do to change the trajectory of the pandemic in the next several months.” Continued Below

On Monday, more than 900 pages of materials related to the US.-funded coronavirus research in China were released following a FOIA lawsuit by The Intercept. 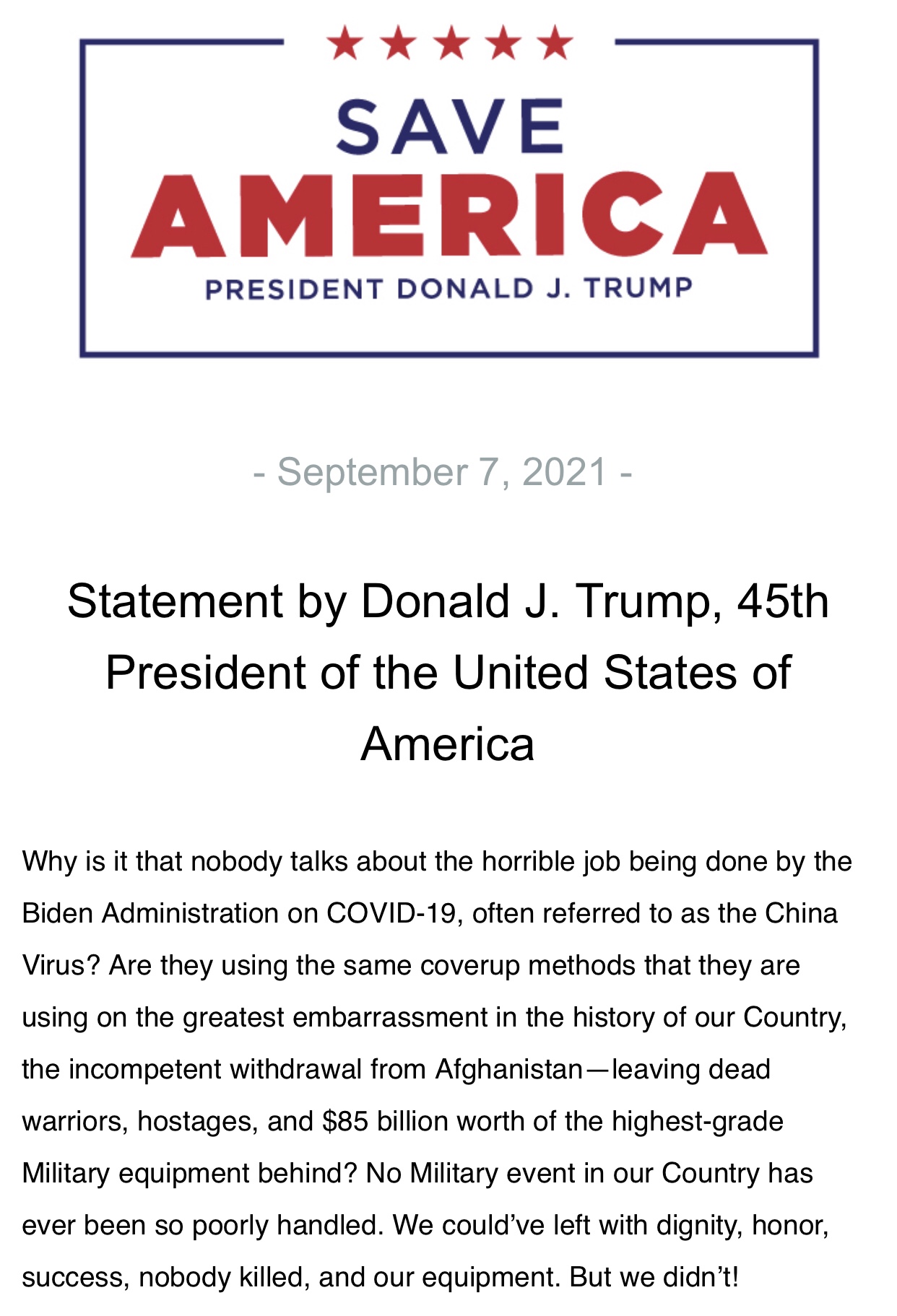 (Related: Biden on the Dismal Jobs Report: “Imagine if the Other Guy Was Here”)