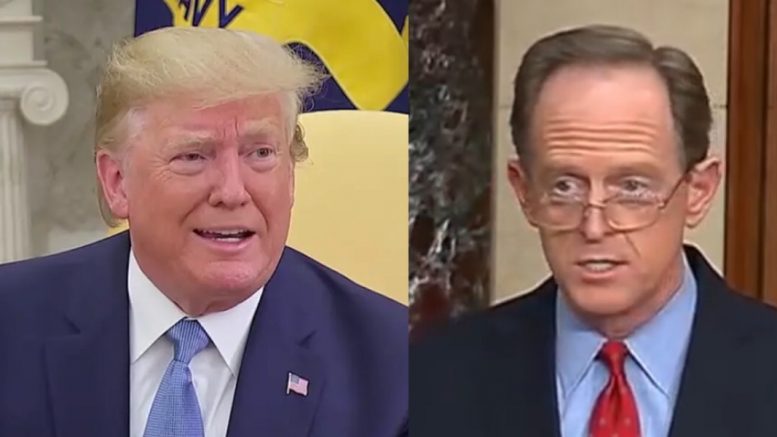 45th President Donald J. Trump issued a statement Tuesday via email from his “Save America” PAC disclosing “the only reason” why he suspects “Gloomy” Senator Pat Toomey (R-PA) is not running for reelection in 2022.

Trump’s statement comes after Senator Toomey, earlier this month, urged his party not to nominate the former president as its presidential candidate in 2024, calling his conduct in the aftermath of the 2020 election “completely unacceptable.”

“I think that the future of our party is to be a party of ideas, and not to be a party about any one individual, and I think we will learn a lot from the next set of primaries,” Senator Toomey told CNBC last week. “I think after what happened post-2020 election, I think the president’s behavior was completely unacceptable, so I don’t think he should be the nominee to lead the party in 2024.”

The Pennsylvania Republican voted to convict President Trump in the second impeachment trial over the events that unfolded on January 6.

Meanwhile, the FBI found scant evidence that the protest at the U.S. Capitol was the result of an organized plot to overturn the presidential election result, according to four current and former law enforcement officials. The FBI has also found no evidence that Trump or people directly around him were involved in organizing the violence, according to the four current and former law enforcement officials.

In October, Toomey announced he will neither run for reelection nor run for governor in 2022. “I’ve made a decision, it’s not going to change, and I want everybody to know,” Toomey had said. Continued Below

The only reason Senator “Gloomy” Pat Toomey is not running for the Senate in Pennsylvania is that I would not give him an endorsement—I feel he has been a terrible representative for both Pennsylvania and the United States, as a whole.

His views on Tariffs and so-called Free Trade (where other nations take total advantage of the United States), are archaic. He ran with me in 2016 and wasn’t expected to win, but because of my victory he did.

He still doesn’t realize what happened, and why—not the sharpest tool in the shed. Continued Below

Fortunately for Pennsylvania, we have a great Senate candidate, Sean Parnell, who I have just given my Complete and Total Endorsement. He will do all of the things that Toomey is incapable of doing.

Sean Parnell will represent the Commonwealth of Pennsylvania the way it should be represented—and it’s about time!

Trump announced his endorsement for Sean Parnell last week. Parnell retired a highly decorated Captain and was awarded two Bronze Stars, one for Valor and the Purple Heart, according to his Senate campaign website. 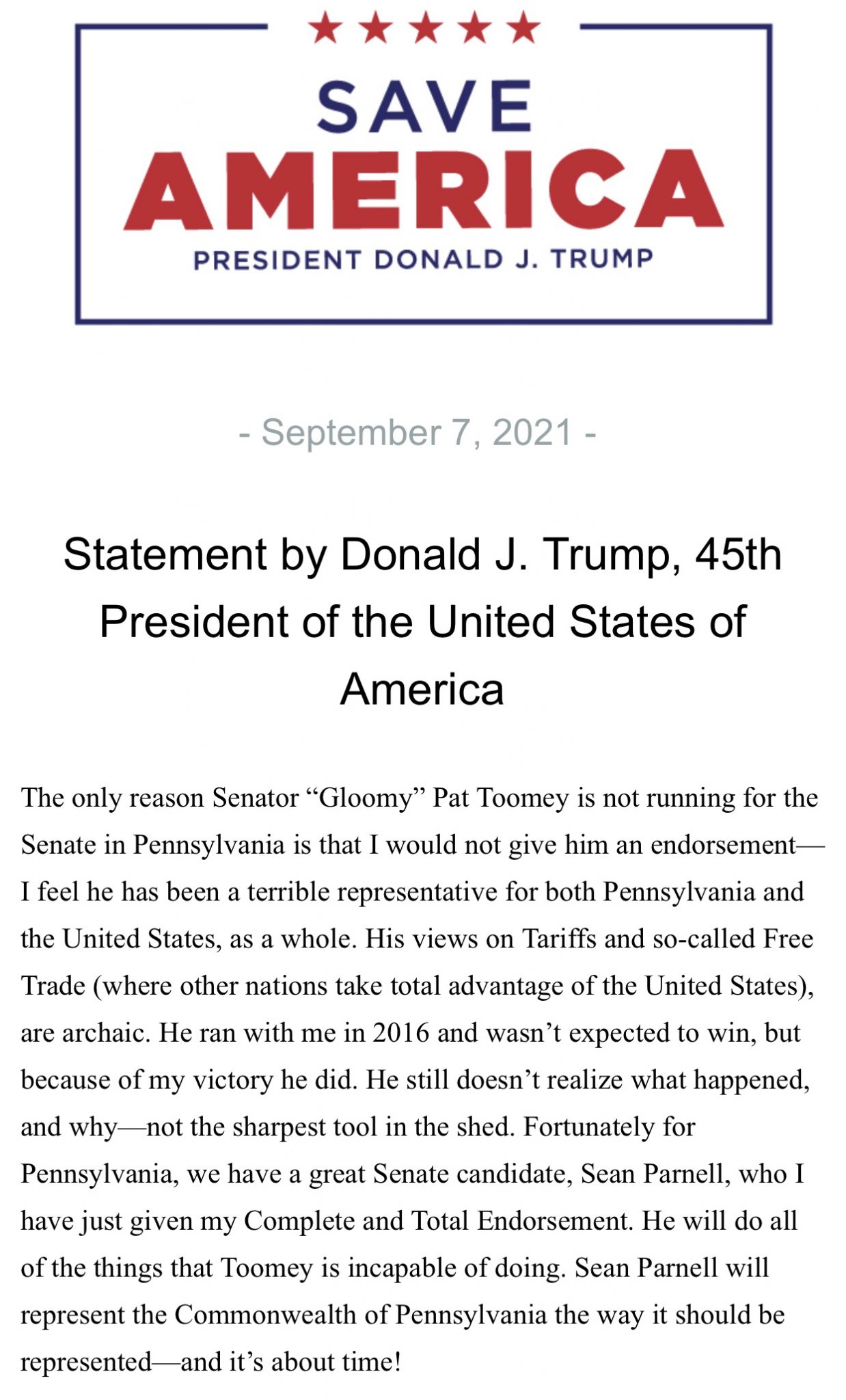