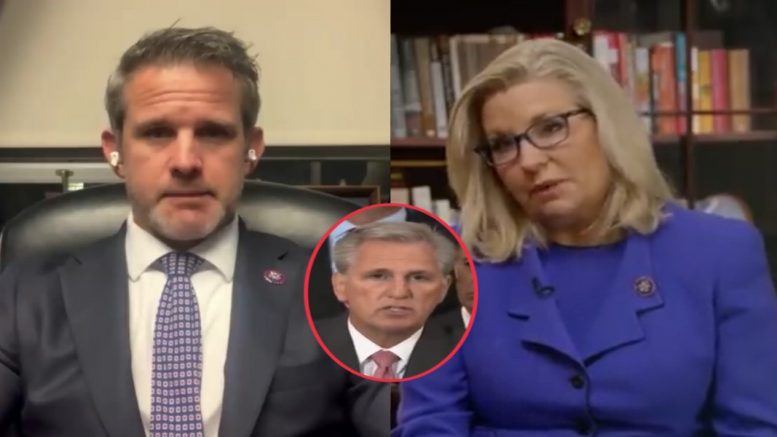 The leader of the House Freedom Caucus, Rep. Andy Biggs (R-AZ) along with 16 Republican House lawmakers, sent a letter to House Minority Leader Kevin McCarthy (R-CA) on Thursday, urging him to change the rules in order to remove Reps. Liz Cheney (R-WY) and Adam Kinzinger (R-IL) from the Republican Conference for their roles on the January 6 select committee, calling the two lawmakers “spies for the Democrats”.

The letter comes the same week that CNN reported the January 6 select committee is asking telecom companies to preserve the records of certain members of Congress, including Biggs. And Biggs suggests in the letter that he’s pushing to boot Cheney and Kinzinger from the conference because the select committee is now investigating Republican members and he wants the House GOP to be able to “strategize” and “protect our own” without having Kinzinger or Cheney present at conference meetings, AZ Family reported.

“We urge you to allow consideration of a proposed change to the rules for the Republican Conference regarding committee membership. This proposal is not because of a policy or political difference, but because some members have chosen to work with the Democrats to investigate and potentially remove Republican Members from the House,” the letter states.

“Republican Conference meetings are an opportunity for elected House Republicans to come together and strategize the most effective path to push back on the radical policies of Speaker  Pelosi and the Democrats,” reads the letter.

“Many of the coming discussions will likely revolve around our defense against the Democrats’ perpetuation of the false narrative that January 6th was an insurrection and how to protect our own from their legally questionable investigative methods,” the letter continues. “Congresswoman Cheney and Congressman Kinzinger are two spies for the Democrats that we currently invite to the meetings, despite our inability to trust them.”

“We cannot trust these Members to sit in our Republican Conference meetings while we plan our defense against the Democrats,” they wrote. Continued Below

The FBI has found scant evidence that the Jan. 6 attack on the U.S. Capitol was the result of an organized plot to overturn the presidential election result, according to four current and former law enforcement officials, Reuters reported last month.

The FBI at this point believes the violence was not centrally coordinated by far-right groups or prominent supporters of then-President Donald Trump, according to the sources, who have been either directly involved in or briefed regularly on the wide-ranging investigations, per Reuters.

The FBI has so far found no evidence that former President Donald Trump or people directly around him were involved in organizing the violence, according to the four current and former law enforcement officials. Continued Below

Rep. Andy Biggs tweeted a copy of full letter sent to House Minority Leader Kevin McCarthy, and wrote, “GOP members who take orders from Pelosi and the Far Left have made it clear they no longer represent the GOP.”

“That’s why I just sent a letter to @GOPLeader McCarthy to create a rule that would remove GOP members who work for the opposition,” he added.

McCarthy responded this week to Democrats “asking companies to violate federal law” in a statement: 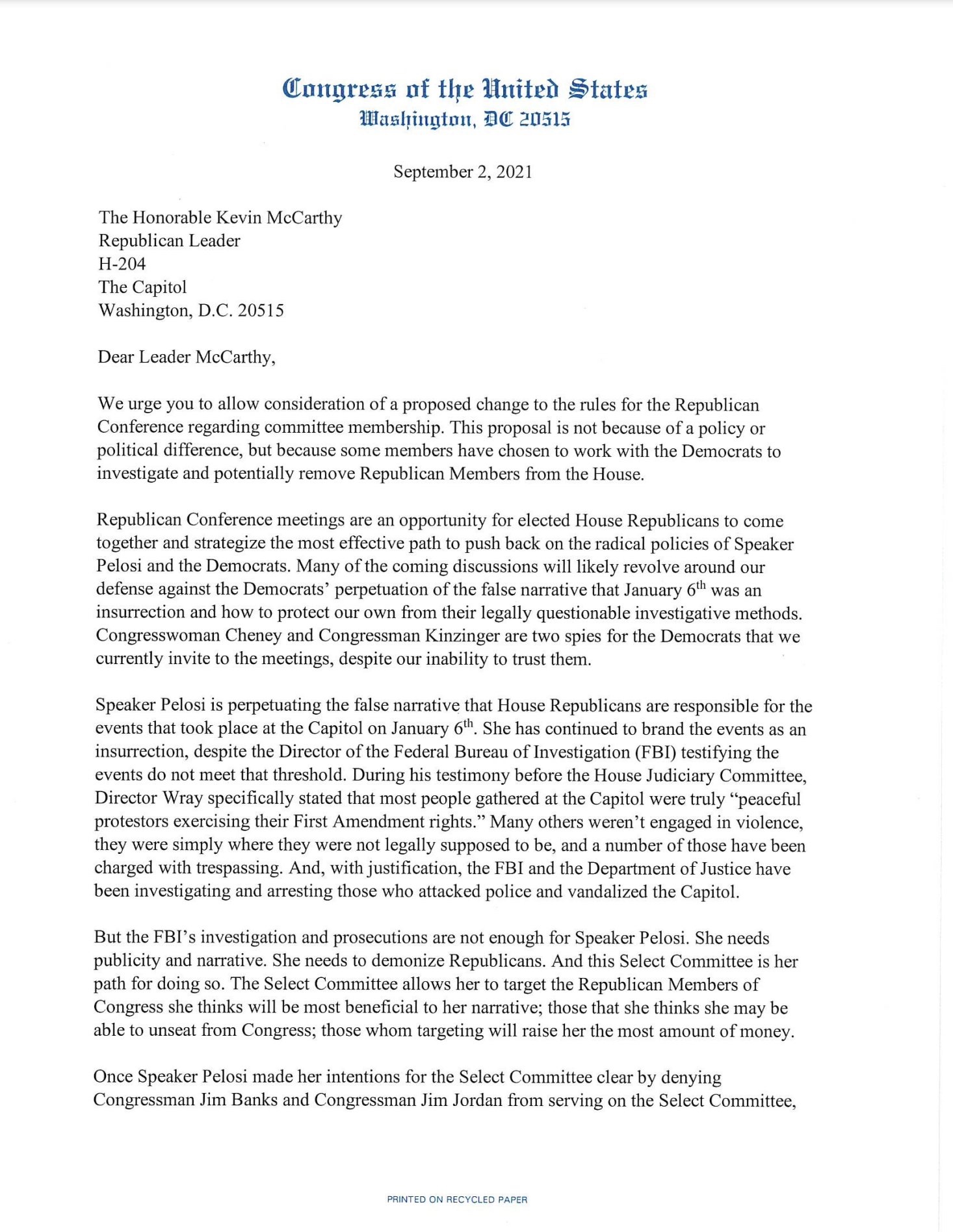 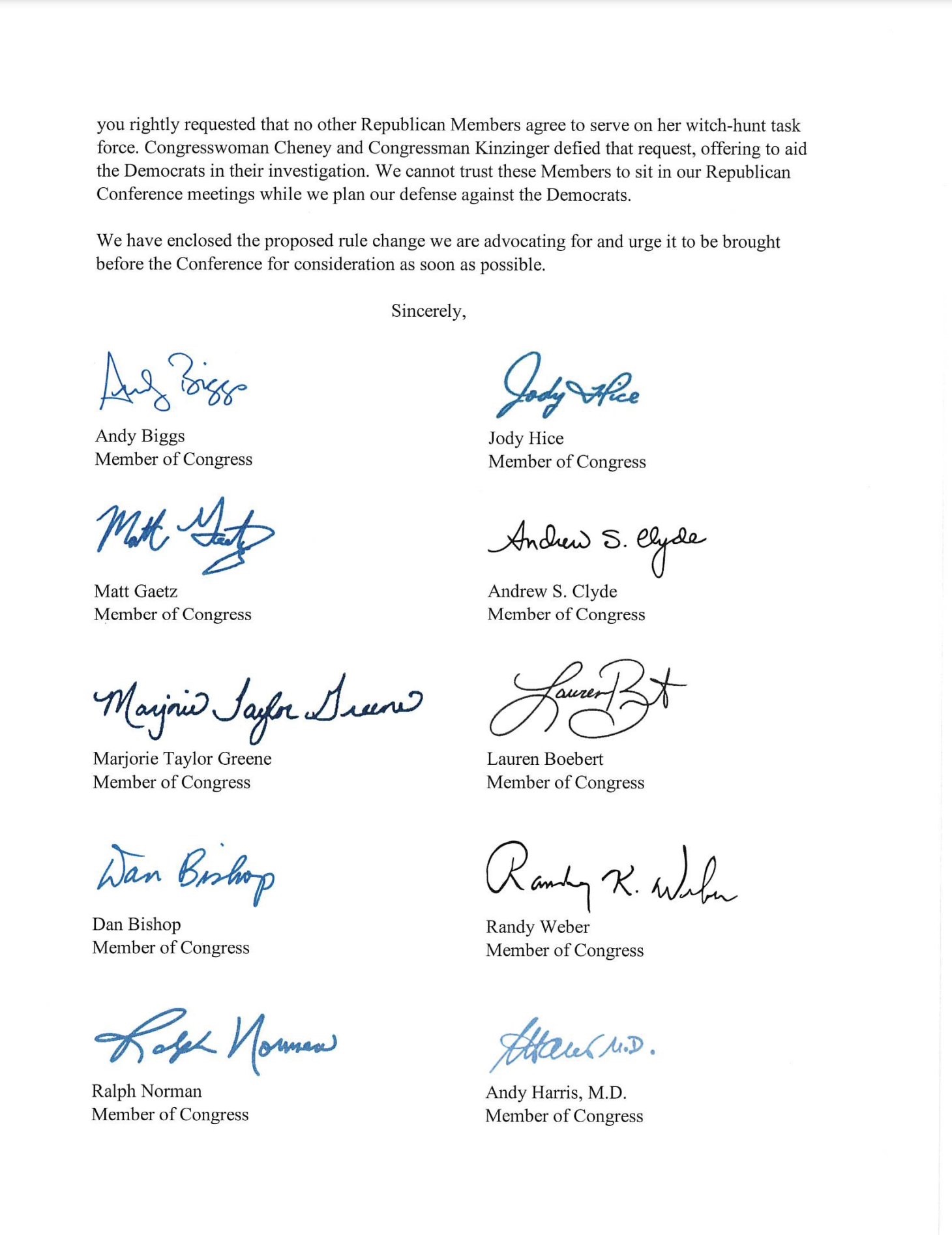 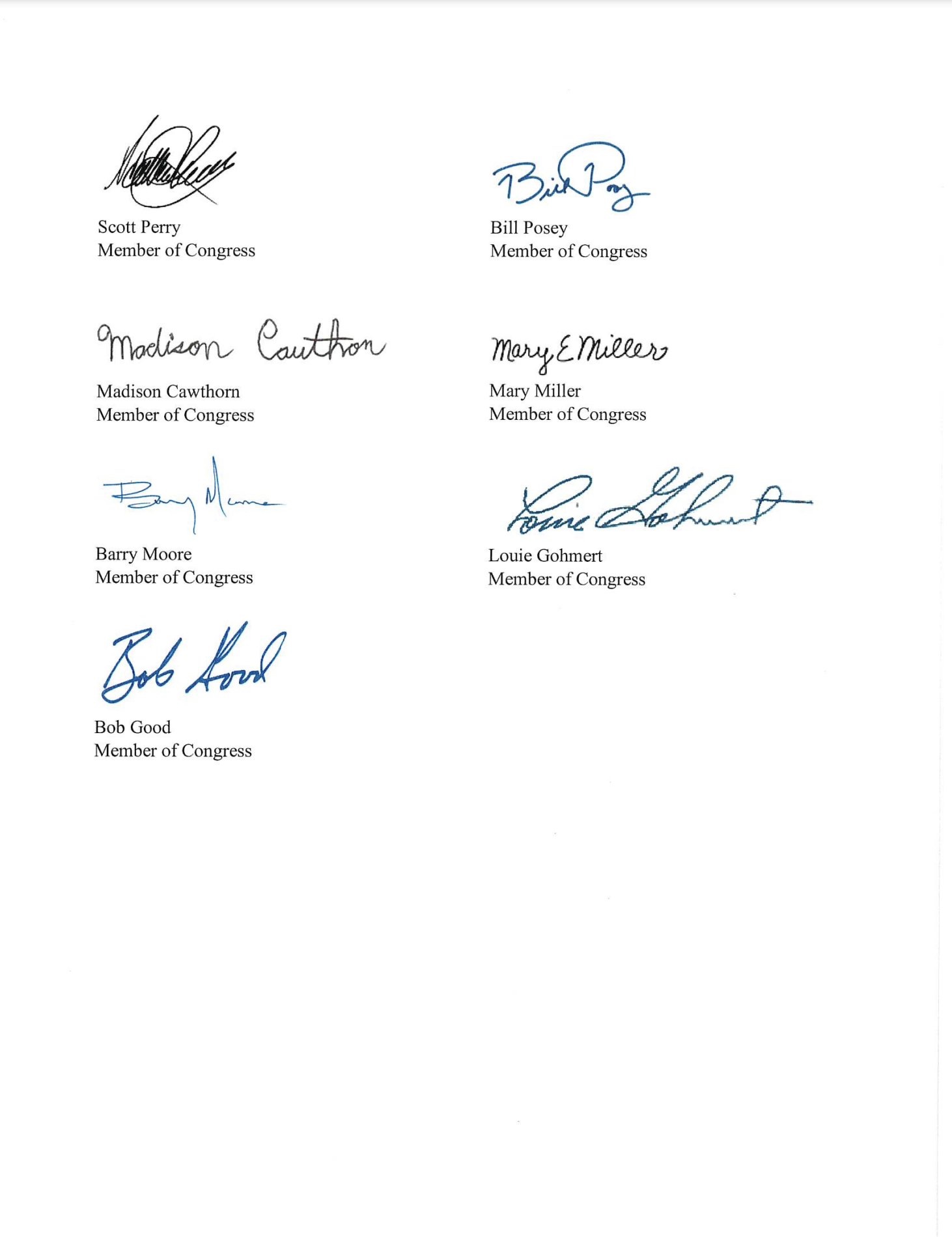