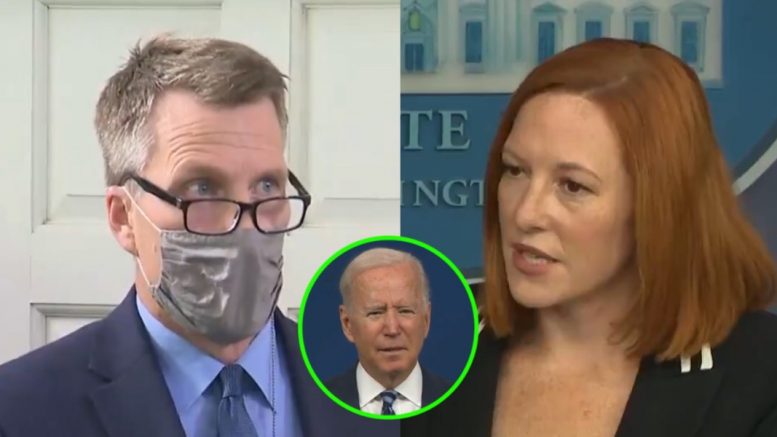 The Supreme Court on Wednesday ruled that Texas’ ban on most abortions in the state remain in place in a 5-4 vote, rejecting an emergency application by reproductive rights groups to block the restrictive law.

The Texas law bans all abortions, including in cases of rape and incest, after the detection of a fetal heartbeat, which is usually around six weeks — before many people know they are pregnant.
It also allows individuals to sue anyone suspected of helping a woman obtain an abortion — and awards at least $10,000 to people who do so successfully, reported Axios.

Chief Justice John Roberts joined the liberal justices in dissenting the ruling, describing the law as “not only unusual, but unprecedented.”

During a White House briefing on Thursday, a reporter asked press secretary Jen Psaki why Joe Biden supports abortion “when his own Catholic faith teaches abortion is morally wrong?”

“I know you’ve never faced those choices, nor have you ever been pregnant, but for women out there, who have faced those choices, this is an incredibly difficult thing. The president believes their right should be respected,” she said to the White House correspondent, appearing to assume the reporter’s gender.

In a Thursday statement on Twitter, 78-year-old Joe Biden also vented his irritation over the Supreme Court’s 5-4 ruling, allowing Texas’ law to remain in effect, calling the court’s decision an “unprecedented assault on constitutional rights” and “extreme”. Continued Below

REPORTER: "Why does the president support abortion when his own Catholic faith teaches abortion is morally wrong?"@PressSec: "He believes that it's a right. It's a woman's body and it's her choice… I know you've never faced those choices, nor have you ever been pregnant." pic.twitter.com/xd9vHGON5L

Rather than use its supreme authority to ensure justice could be fairly sought, the highest Court of our land will allow millions in Texas in need of critical reproductive care to suffer while courts sift through procedural complexities.

I am launching a whole-of-government effort to respond to this decision — looking specifically to HHS and DOJ to see what steps the federal government can take to insulate those in Texas from this law and ensure access to safe and legal abortions as protected by Roe.

The Supreme Court is set to hear a challenge to a Mississippi law that bans nearly all abortions after the 15th week of pregnancy later this year.

Mother Reportedly Handcuffed by U.S. Marshals in Uvalde ‘Jumped the School Fence & Ran Inside to Grab her two Children’