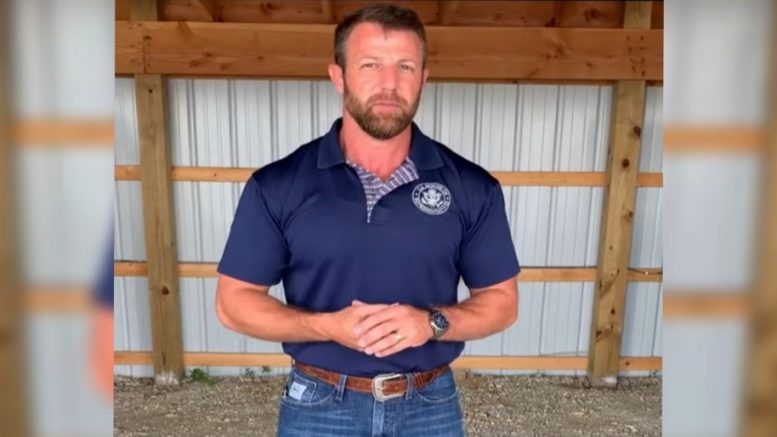 U.S. Congressman Markwayne Mullin (R-OK) is confirmed to be “completely safe” in wake of reports that he went missing while trying to enter Afghanistan.

According to The Washington Post, the Republican Congressman is on a “rogue evacuation mission,” ignoring warnings from the State Department not to travel to the country.

Rep. Mullin’s last known communication took place when he reportedly contacted the embassy in Tajikistan in an attempt to move cash into Afghanistan.

“Embassy officials told Mullin they could not assist him in skirting Tajikistan’s laws on cash limits on his way to visiting one of the most dangerous places on earth,” the Post reported. “As of late Tuesday, U.S. officials said they were unsure of Mullin’s location.”

A wild scoop: A GOP lawmaker has been trying to travel to *Taliban-controlled Afghanistan* in a rogue evacuation mission despite efforts by the Pentagon & State Dept to discourage him. Officials are unsure of his current whereabouts. From @tylerpager & me https://t.co/MpieNxGNTU

SCOOP: A GOP member of Congress threatened a U.S. ambassador in attempting a second unauthorized trip to Afghanistan.

Just before midnight, Rep. Mullin’s communications director, Meredith Blanford released a statement confirming that the congressman is “completely safe” and is continuing his mission in Afghanistan.

“Congressman Mullin has been and is currently completely safe,” Blanford tweeted. “He & the Office of Oklahoma’s Second District will continue to do anything in our power to bring home all Americans from the war zone that President Biden abandoned. The safety & security of the American people will always be his top priority.”

He & the Office of Oklahoma’s Second District will continue to do anything in our power to bring home all Americans from the war zone that President Biden abandoned. The safety & security of the American people will always be his top priority.

In ending, here is the statement Rep. Mullin released after learning that the final U.S. troops were withdrawn from Afghanistan:

This is a sad day for our country. Americans have been stranded in Afghanistan by the Biden Administration and are now left to defend themselves from terrorists overrunning the country.

American exit did not have to be this way and there must be accountability for this complete and utter failure. The service and sacrifice of our service members and their families was not made in vain, and it will never be forgotten.