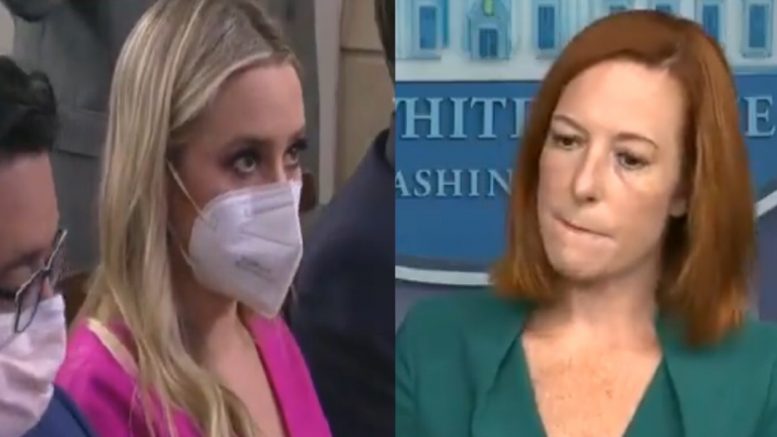 During a White House press briefing on Wednesday, press secretary Jen Psaki dodged questions from reporters over a reported leaked phone call, in which Joe Biden pressed former Afghan President Ashraf Ghani to change the “perception” of the Taliban’s advancement in Afghanistan, “whether it is true or not,” less than four weeks before Kabul fell.

When pressed by reporters to confirm Biden’s remarks in the phone call, Psaki diverted.

According to a transcript of a July 23 phone call reviewed and reported by Reuters, Joe Biden indicated that he did not anticipate the Taliban’s rapid advance across Afghanistan, which ended when they stormed Kabul on August 15 and President Ashraf Ghani fled the presidential palace. Instead, Biden focused much of the 14-minute call on the Afghan government’s “perception” problem.

“I need not tell you the perception around the world and in parts of Afghanistan, I believe, is that things are not going well in terms of the fight against the Taliban,” Biden said. “And there is a need, whether it is true or not, there is a need to project a different picture.”

At the time of the call, the Taliban controlled about half of Afghanistan’s district centers.

During Wednesday’s briefing, Psaki was pressed over the phone call, but ultimately dodged questions from reporters. Continued Below

Psaki told ABC News’ Stephanie Ramos, “Well, I’m not going to get into private, diplomatic conversations or leaked transcripts of phone calls. But what I can reiterate for you is that we have stated many times that no one anticipated … that the Taliban would be able to take over the country as quickly as they did or that the Afghan National Security Forces would fold as quickly as they did.”

“So even the content of the reporting is consistent with what we’ve said many times publicly,” she claimed. “I’ll also note something that the president said in his press conference around the same time of this reported phone call: The Afghan government and leadership has to come together. They clearly have the capacity to sustain the government in the place. The question is, will they generate the kind of cohesion to do it.”

Psaki was also pressed by Fox News’ Jacqui Heinrich over whether Biden was “pushing a false narrative” in his phone call with Ghani. She said she would not “go into the details of a private conversation”, adding there was a “collapse in leadership” in the Afghan government long before Ghani fled the country. Continued Below

.@SRamosABC asks Jen Psaki about the Reuters report of a call b/w Biden and Afghan President Ghani in which both "appeared completely unaware that the Taliban would take over" and would offer spin that "Afghan forces were still in control." pic.twitter.com/RSQ5Eqwkau

Jen Psaki was also asked, “Was the president in any way pushing a false narrative in that call with the Afghan president?”

"I am not going to go into the details of a private conversation,” @PressSec says when asked about a leaked call in which Biden pressured the former Afghan president to suggest the fight against the Taliban was going well “whether it is true or not”
pic.twitter.com/bsJXtIPiSF

Exclusive: In the last call between President Joe Biden and his Afghanistan counterpart before the Taliban seized control, neither Biden nor Ashraf Ghani appeared aware of or prepared for the immediate danger of the entire country falling to insurgents https://t.co/1zRJ7XIrOA pic.twitter.com/kLyVrr7UJ0

Donald Trump Jr.: ‘Saturdays Are No Longer for the Boys.. They’re For Let’s Go Brandon Chants’