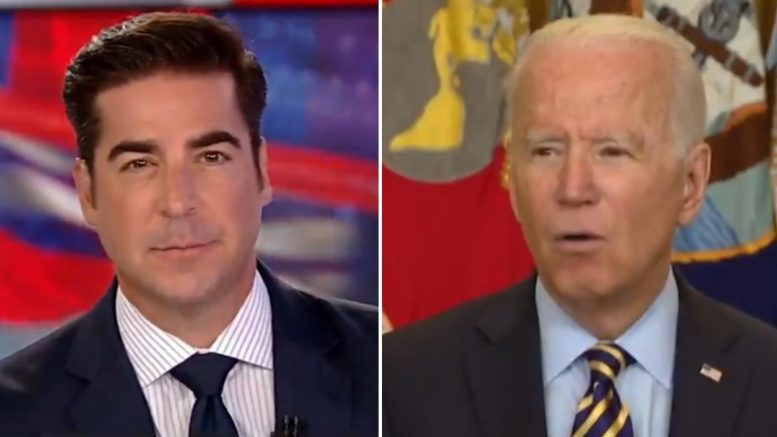 On Saturday’s airing of “Watters World,” Jesse Watters exposed several of the “Afghanistan lies” that have been perpetrated to the American people since beginning the process of withdrawing troops from Afghanistan.

“Everything Biden and this administration has said about how this was gonna go has turned out to be wrong,” Watters declared before rolling a montage of clips to back up his claim. Video Below

Now our allies don’t respect Biden, our enemies don’t fear him and the American people don’t trust him. How long we’re stuck with Biden, only time will tell. But we’re only 8 months in. God help us. #FoxNews pic.twitter.com/UPhI4A7qPj