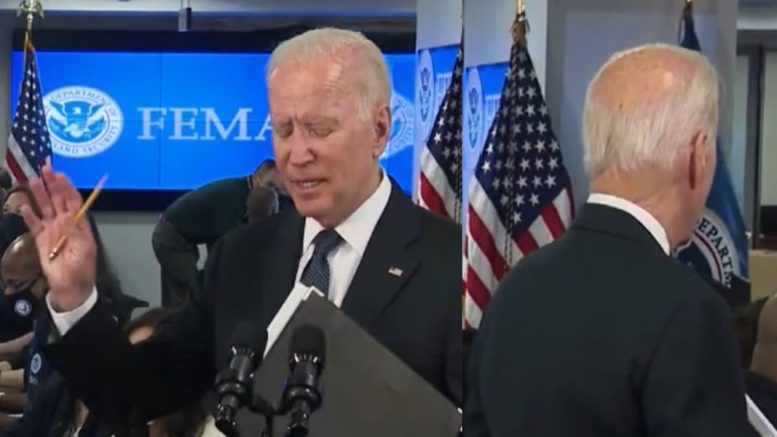 After speaking about the hurricane, Biden told reporters that he was “not supposed to take any questions”, and he did not mention who gave him the order. However, he told a reporter to “go ahead” with their question, but instead, opted out of answering when the question was over Afghanistan.

BIDEN: “I’m not supposed to take any questions, but go ahead…. I’m not going to answer on Afghanistan now.”

Earlier in the day, Biden attended the dignified transfer ceremony at Dover Air Force Base of the fallen troops in Afghanistan.

WATCH: Dignified Transfer at Dover Air Force Base for the heroes that lost their lives in the Terror Attack in Afghanistan. pic.twitter.com/ceG9UscGfA

Biden was seen appearing to check his watch.

Biden appears to check his watch during the dignified transfer ceremony at Dover Air Force Base. pic.twitter.com/oMsBefnmfS

(Related: Jesse Watters Exposes Biden’s ‘Afghanistan Lies’: ‘Everything Biden Has Said About How This Was Gonna Go Has Turned Out to Be Wrong’)