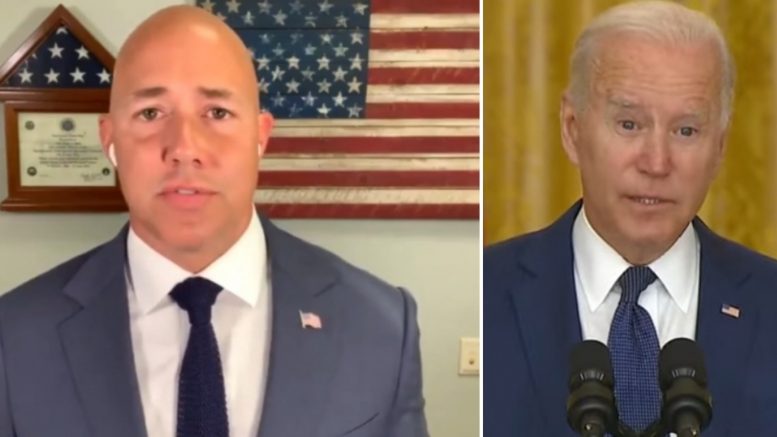 Congressman Brian Mast (R-FL) slammed Joe Biden’s messaging in regards to the tragic events that continue to unfold in Afghanistan.

Appearing for an interview with CNN’s Wolf Blitzer, Mast — who lost both of his legs while serving as a U.S. Army explosive ordnance disposal technician in Afghanistan in 2010 — called Biden’s words “hollow” and suggested the “missteps” taken in the Central Asian country are a direct result of Biden being “intimidated.”

Related Article: Former Marine Lashes Out on ‘Scumbags’ Who Lead America: ‘They Disgust Me As Much As the Taliban Disgusts Me’

“His words are as hollow as his heart and his head. That’s the truth of it,” Rep. Mast said.
“All of this goes back to missteps from the very beginning.”