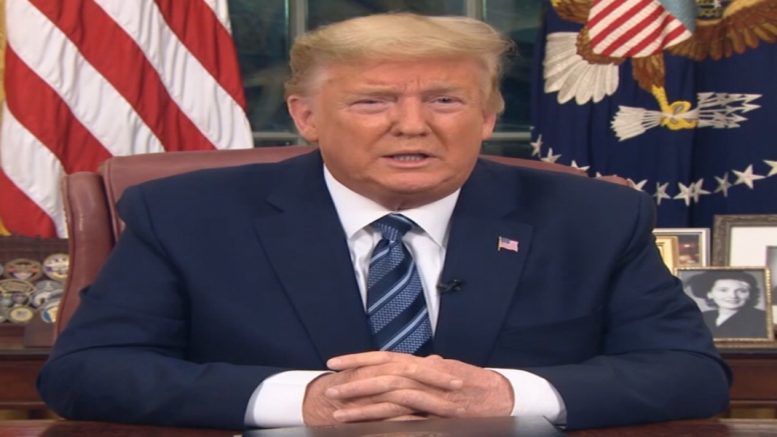 A suicide bomb attack Thursday outside the Abbey Gate at Kabul’s airport in Afghanistan killed 12 U.S. service members and injured at least a dozen more, U.S. officials said. Those that were killed included 11 Marines and a Navy corpsman. Meanwhile, the Pentagon said that 15 more had been injured in the attack, according to Fox News.

The Pentagon confirmed the initial explosion as well as a second attack at the Baron Hotel, where Americans have gathered in the past for rescue and evacuation. Marine Corps Gen. Kenneth McKenzie Jr. said that two suicide bombers were assessed to be ISIS fighters, per Fox News.

45th President issued a statement via email from “The Office Of Donald J. Trump” on Thursday over the death of U.S. service members in Kabul:

Melania and I send our deepest condolences to the families of our brilliant and brave Service Members whose duty to the U.S.A. meant so much to them. Our thoughts are also with the families of the innocent civilians who died today in the savage Kabul attack.

This tragedy should never have been allowed to happen, which makes our grief even deeper and more difficult to understand.

May God Bless the U.S.A. Continued Below

The suicide bomb attack was followed up by a firefight by Islamic State gunmen at the gate, where the night before there had been 5,000 Afghans and potentially some Americans seeking access to the airport to flee. Crowds had gathered for days seeking to escape the country, and there had been multiple warnings of a terror threat to the area – particularly from the Islamic State.

The bombing comes hours after the State Department warned Americans outside the gates of the Kabul airport to “leave immediately” due to the increasing terrorist threat. Blinken had said Wednesday there was a “very real possibility” of an attack.

In an alert on Thursday, the State Department confirmed a large explosion and reports of gunfire and said: “U.S. citizens should avoid traveling to the airport and avoid airport gates at this time.”… “U.S. citizens who are at the Abbey Gate, East Gate or North Gate now should leave immediately,” the bulletin said. Continued Below 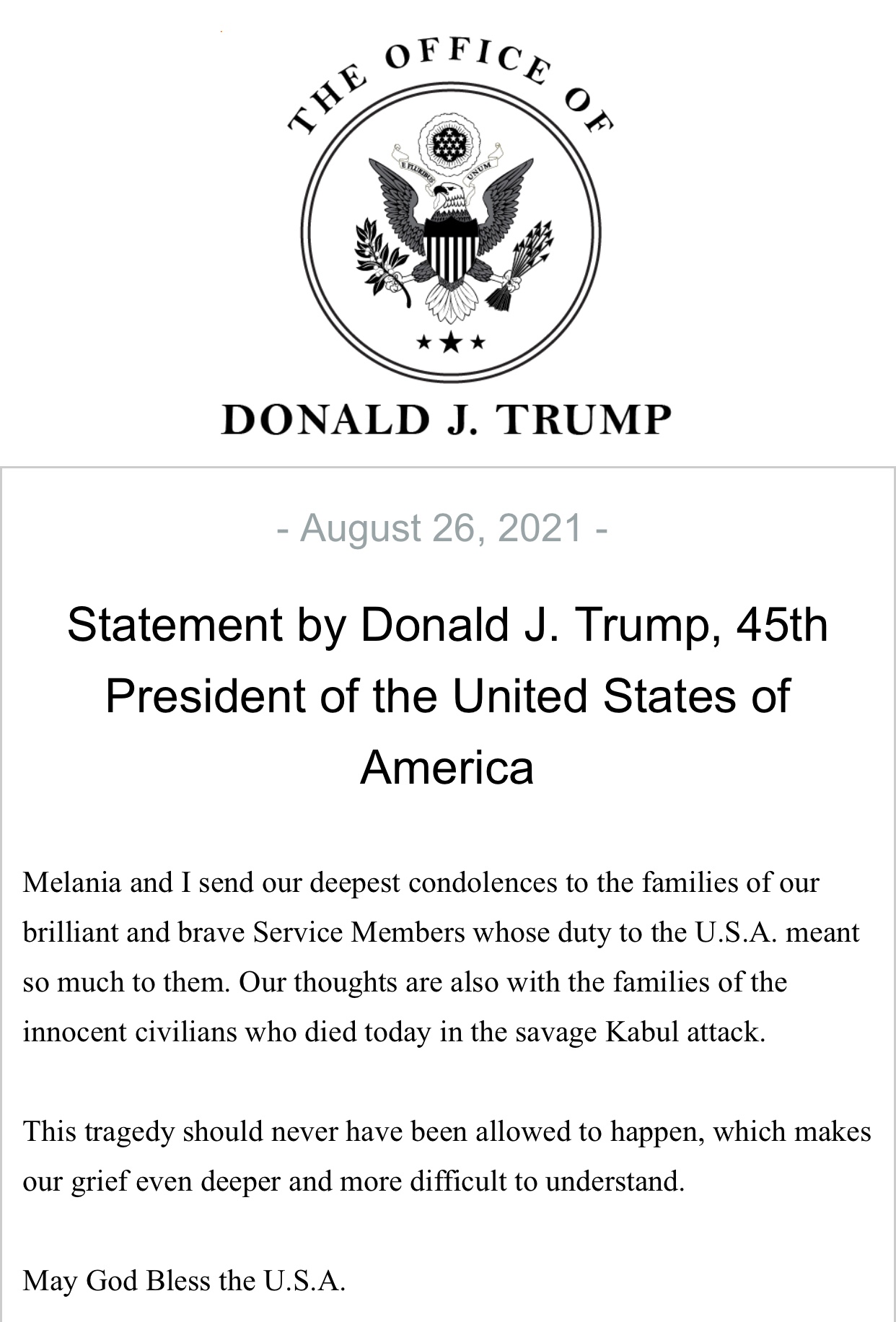 We are praying for the families and loved ones of the Marine heroes killed in Kabul and for everyone who is suffering during this difficult time.