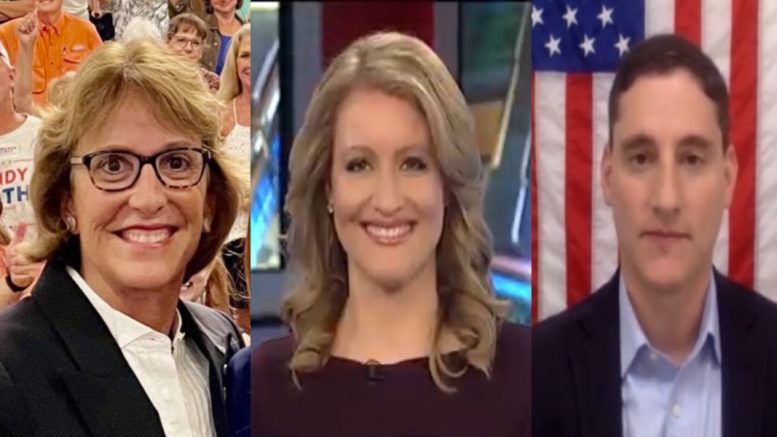 The rally will be held on August 31, at 7pm, in West Milton, Ohio at Community Grace Brethren Church.

Most recently, an Election Integrity Caucus consisting of lawmakers from all 50 states was officially formed. Arizona Senator Wendy Rogers, who is one of the caucus founders, made the special announcement while attending Mike Lindell’s Cyber Symposium with other members of the newly formed caucus, as previously reported by The Freedom Times.

“I am one of the founding members of the Election Integrity Caucus that consists of legislators from all 50 states. Reminds me of the Continental Congress,” Sen. Rogers tweeted earlier in the month. “We will meet regularly and we will talk regularly to implement the securing our elections.”

Rogers has vowed to “forensically audit every county that has used these machines, if possible”, referring to Dominion Voting Systems.

Josh Mandel tweeted on Tuesday, “Proud to announce Arizona Senator Wendy Rogers is bringing her national Election Integrity tour to O-H-I-O! Wendy is leading the charge on the audit of Arizona’s elections. And like me, she’s a RINO hunter! Join @WendyRogersAZ and me next Tuesday 8/31!”

.@JennaEllisEsq is coming, too? Wow bringing in the BIG GUNS. Let's goooooooooo. https://t.co/vrRrhc6dVZ

After speaking at the “Audit the Vote” rally in North Carolina on Tuesday, Senator Rogers thanked Sandy Smith for the invite, annoucing, “They all agree we need to audit North Carolina”.

Spent a wonderful evening with great patriots in North Carolina yesterday. Thank you to @SandySmithNC for the invite. They all agree we need to audit North Carolina. Now we need to get the legislature to act. pic.twitter.com/07jWcQNJH3

Get to know Senator Rogers; watch her short bio below:

Meadows Reacts To Biden’s ‘No Federal Solution’ Confession: ‘All Talk, No Results, Pass The Buck–The Same As Biden’s 40 Other Years In Politics’