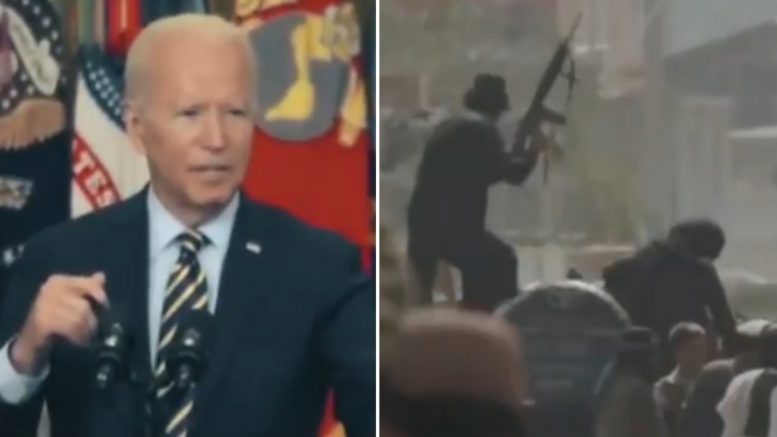 The 90-second video montage titled “Surrenderer-in-Chief” features statements made by Biden combined with a mix of footage showing chaos that American citizens and U.S. allies are facing as they try to escape the wrath of the Taliban.

A website run by the Save America PAC posted the explosive new video along with the following statement:

Joe Biden promised Americans a future of growth, strength, diplomacy, and power. He told us “America was back.” Instead, he withdrew troops from Afghanistan before removing our weapons, our allies, or even our own citizens.

Joe Biden has backed down to our enemies and failed to protect our allies. Under Joe Biden, the Taliban is back – not America.

This is not the America we know. The media refuses to blame Biden for the destruction and tragedy he’s caused – but we will hold him responsible. We can show America the truth, and it’s up to YOU to make sure everyone sees this.

Sen. Johnson on Hunter’s Laptop: ‘The Media Is Being Caught in a Coverup’ – ‘We Are All Being Snookered by Them’