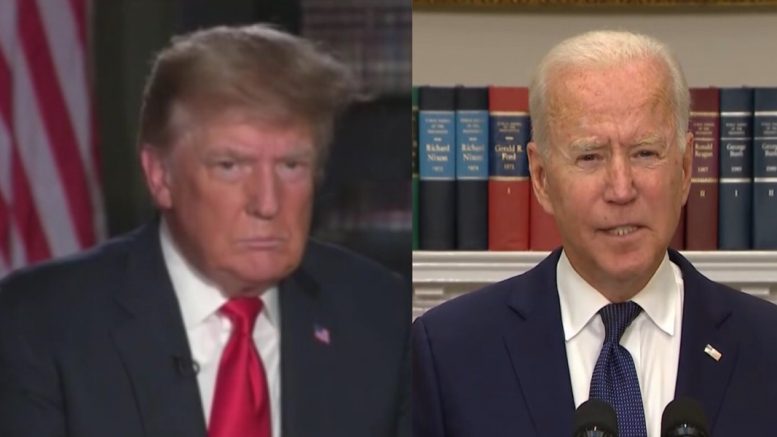 45th President Donald J. Trump issued a statement Tuesday via email from his “Save America” PAC, ripping Joe Biden over his withdrawal strategy in Afghanistan, saying, “Biden surrendered Afghanistan to terrorists and left thousands of Americans for dead by pulling out the Military before our citizens” and wondered, “How many terrorists will Joe Biden bring to America?”

Trump, who supported a withdrawal of troops from Afghanistan and oversaw a deal with the Taliban to ensure a military exit by May 1, has said that a military drawdown under his leadership would have been based on conditions.

Biden surrendered Afghanistan to terrorists and left thousands of Americans for dead by pulling out the Military before our citizens.

Now we are learning that out of the 26,000 people who have been evacuated, only 4,000 are Americans.

You can be sure the Taliban, who are now in complete control, didn’t allow the best and brightest to board these evacuation flights. Instead, we can only imagine how many thousands of terrorists have been airlifted out of Afghanistan and into neighborhoods around the world.

What a terrible failure. NO VETTING. How many terrorists will Joe Biden bring to America? We don’t know! Continued Below

US official on #s diff: DOD #s "include coalition and charter flights, which they help facilitate." State "numbers to date have not, as [State] does not play a role in these operations" & DOD #s "include contractors, US direct hires, & other USG personnel" while State doesn't

Save America JFC, a joint fundraising committee of Save America and Make America Great Again PAC launched a new video regarding Biden’s withdraw operation from Afghanistan:

The process to withdraw U.S. troops from #Kabul airport starts this Friday. Biden has asked for contingency plans just in case. 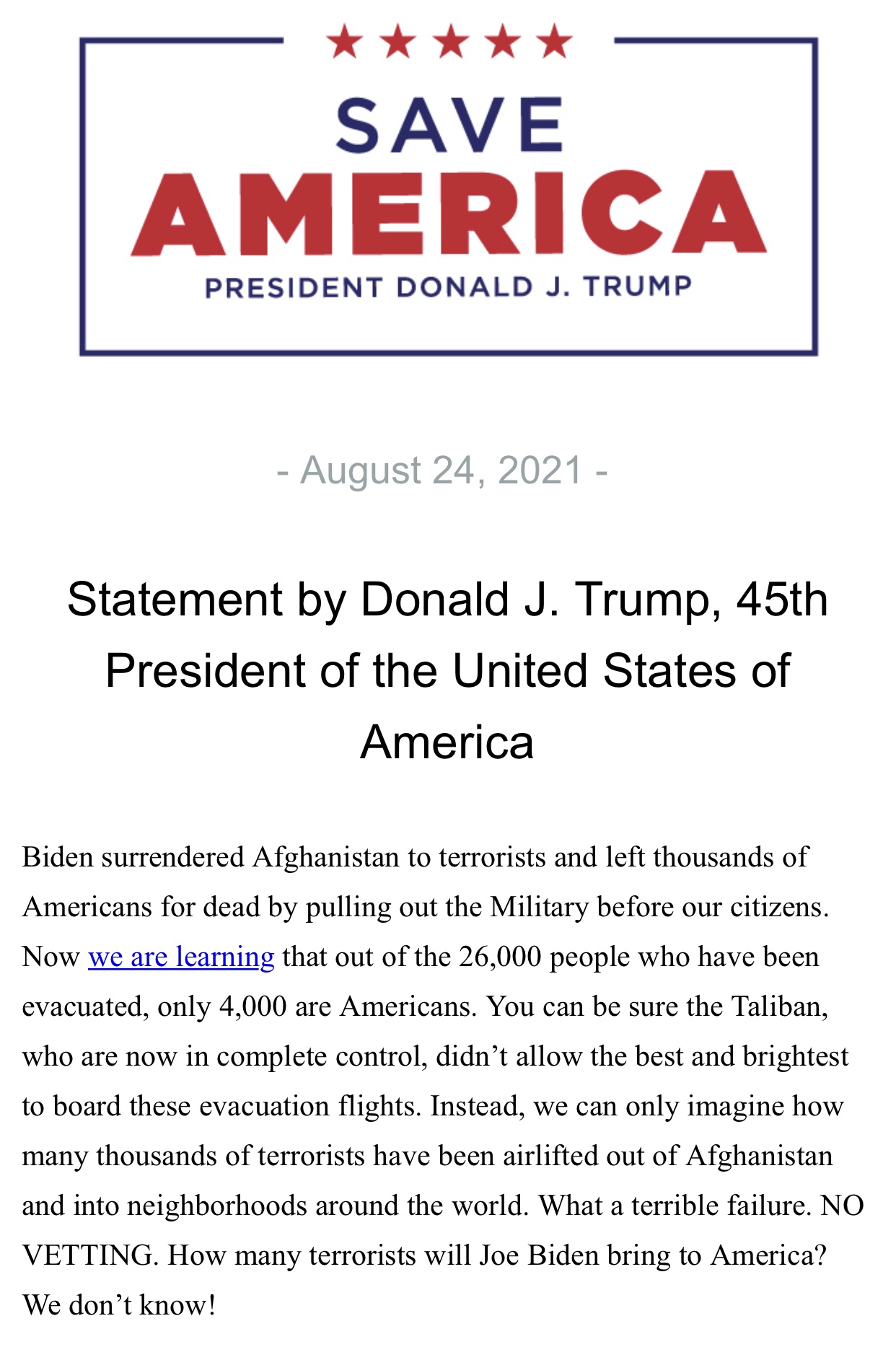