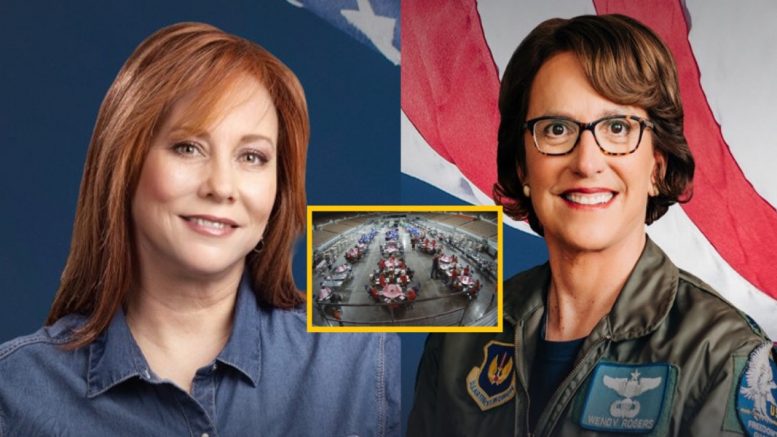 Most recently, an Election Integrity Caucus consisting of lawmakers from all 50 states was officially formed. Arizona Senator Wendy Rogers, who is one of the caucus founders, made the special announcement while attending Mike Lindell’s Cyber Symposium with other members of the newly formed caucus, as previously reported by The Freedom Times.

The tickets for the event are free and will be held at Stokes Family Farm, 3674 Ivy Road, Greenville, NC 27858.

BREAKING: I am proud to host State Senator @WendyRogersAZ in the great state of North Carolina.

Please join Sandy Smith and Arizona Senator Wendy Rogers to hear about the progress of the audit in Arizona. As well as plan to audit North Carolina. pic.twitter.com/sgIknQOjun

“We are going to talk about Arizona’s audit and also why we need an audit in North Carolina”, congressional candidate Sandy Smith tweeted on Friday.

Tickets to the North Carolina Audit the Vote Event are FREE. We are going to talk about Arizona's audit and also why we need an audit in North Carolina. TIX: https://t.co/JrKq8ju1N4 pic.twitter.com/wMj8jZkSHR

Sandy Smith is calling for a comprehensive forensic audit of the 2020 election in North Carolina. She outlined the reasons why in an article written last month in Big League Politics, titled: North Carolina Needs an Audit and Here’s Why.

“I join countless North Carolinians in calling for a comprehensive forensic audit of the 2020 election. In Arizona, the Maricopa County forensic audit has revealed tremendous problems with the administering of the 2020 election, and clear examples of tampering with election materials and security breaches for voting systems and other voting equipment and unclear chain of custody of ballots. That is just the tip of the iceberg, as only one part of their audit has been completed,” Smith wrote.

“All the evidence discussed above (and more) demands an investigation, and it’s time we conduct a full forensic audit of the 2020 election in North Carolina,” she urged.

“If Trump had won the election, we probably wouldn’t be doing this deep dive. So we look at the good in everything, and what doesn’t kill us, makes us stronger, she explained.

“You don’t go into politics for the money. You go to serve your country. And when the left badgers you, you don’t back down, you double down! And at the end of the day, it’s gonna come down to us States. The Arizona audit will come out. And then, it’s gonna be Pennsylvania. … Georgia. … Wisconsin. … Michigan. And the ball is gonna roll and roll and roll! Freedom!” Rogers declared during the PA event. “…We can not back down”.