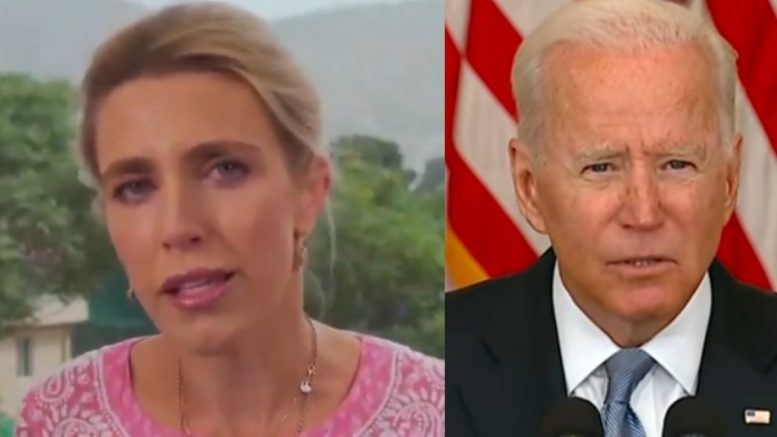 “It is just an absolute mess,” CNN reporter Clarissa Ward said while describing the chaos she has witnessed inside of Afghanistan as thousands of Americans are left stranded inside of the now Taliban-controlled country.

“The panic, the lack of clear information, the rumor mill is in overdrive, there’s hysteria,” were some of the other words Ward used to express what she is seeing.

Related Article: Former CIA Officer Explains Why America & The World Are ‘In For One Of The Most Dangerous Times’ In ‘Modern History’

Ward then responded to Biden’s claim that the situation in Afghanstan isn’t a “failure.”

“We heard President Biden say in his comments to ABC News that this is not a failure and I think a lot of people outside of that airport, particulary those taking the kinds of extreme actions were just talking about, would like to know if this isn’t failure, what does failure look like?” Ward questioned.

CNN reporter responds to Biden saying Afghanistan withdrawal was not a “failure.”

“A lot of people outside that airport…would like to know: If this isn’t failure, what does failure look like exactly?” pic.twitter.com/SHaT9ePoJs