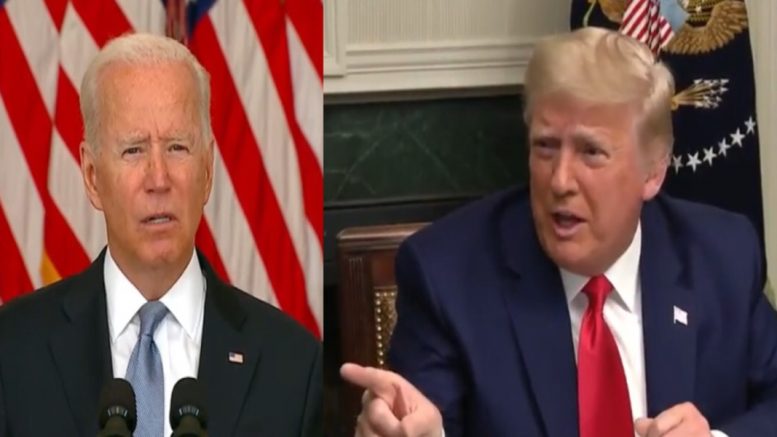 45th President Donald J. Trump issued a statement via email from his “Save America” PAC on Tuesday ripping Joe Biden again for the chaos which is unfolding in Afghanistan, saying it made the fall of Saigon “look like child’s play”, further accusing Biden of being “illegitimately elected”.

Trump’s statement came after 78-year-old Biden returned to the White House from Camp David on Monday amid growing pressure to address the nation over the collapse of Afghanistan, saying he stands “squarely behind” his decision to withdraw U.S. troops from Afghanistan after having a presence for 20 years, while placing blame on the Afghan leadership for the country’s plight and claiming that Afghan President Ashraf Ghani had refused advice to negotiate and erroneously insisted Afghan forces would fight, as previously reported by The Freedom Times.

While reading prepared remarks on a teleprompter, Biden said in part, “I stand squarely behind my decision. After 20 years, I’ve learned the hard way, that there was never a good time to withdraw U.S. forces.”

Democrat career politician Joe Biden also refused to take responsibility over the events that unfolded and went on to blame former President Trump for his 2020 agreement with the Taliban, which would have seen a withdrawal of U.S. troops from the country by May 1, 2021.

Trump reacted to Joe Biden’s remarks in a Monday statement via email, saying, “It’s not that we left Afghanistan. It’s the grossly incompetent way we left!” Continued Below

On Tuesday, the former Commander in Chief said in a statement:

What took place yesterday in Afghanistan made our withdrawal from Vietnam look like child’s play. Perhaps in World history, there has never been a withdrawal operation that has been handled so disastrously.

A President who has been illegitimately elected has brought great shame, in many ways, to our Country! Continued Below

“[U.S.] leaders were told by the military it would take no time at all for the Taliban to take everything,” an anonymous U.S. intelligence official told ABC News. “No one listened.” 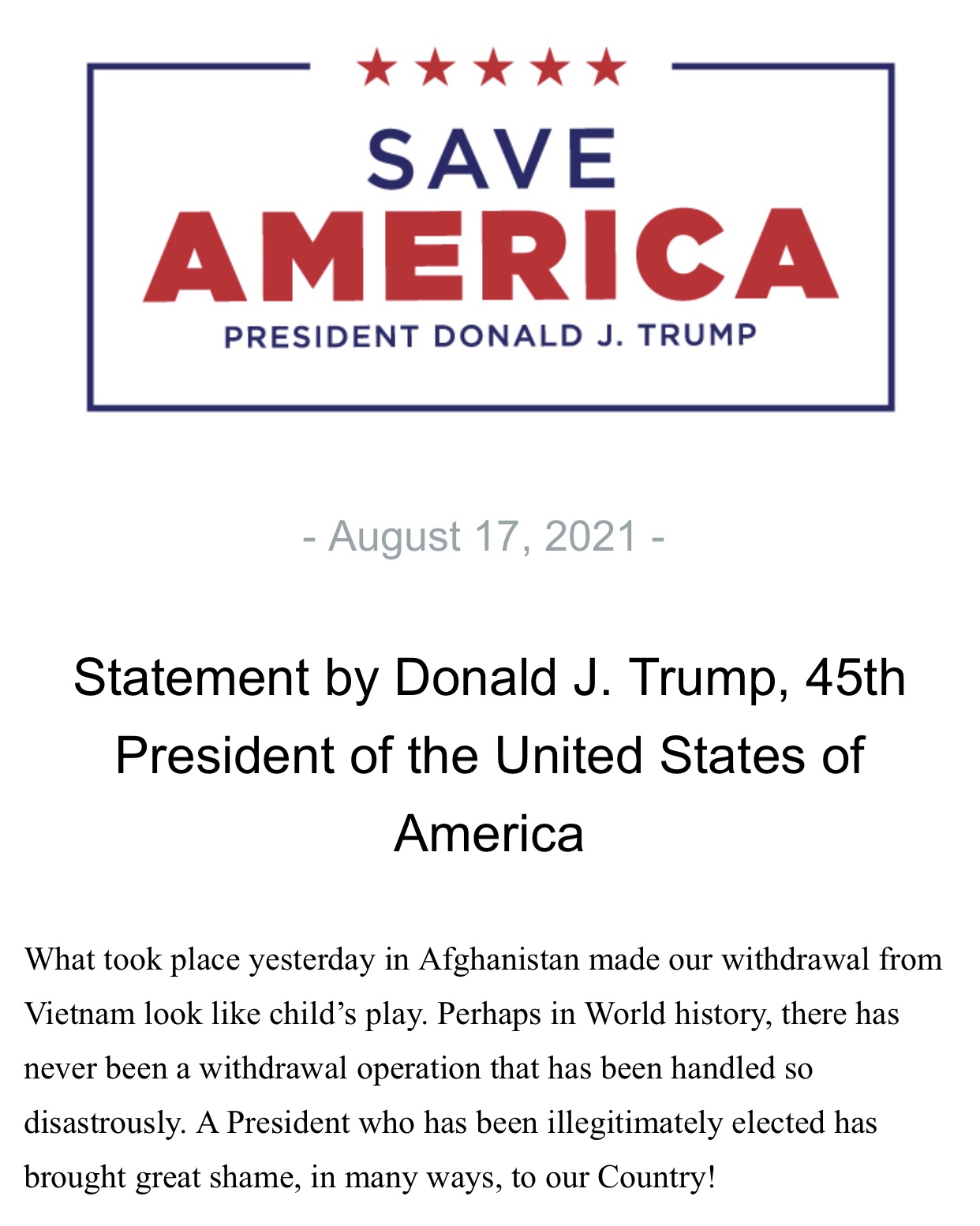