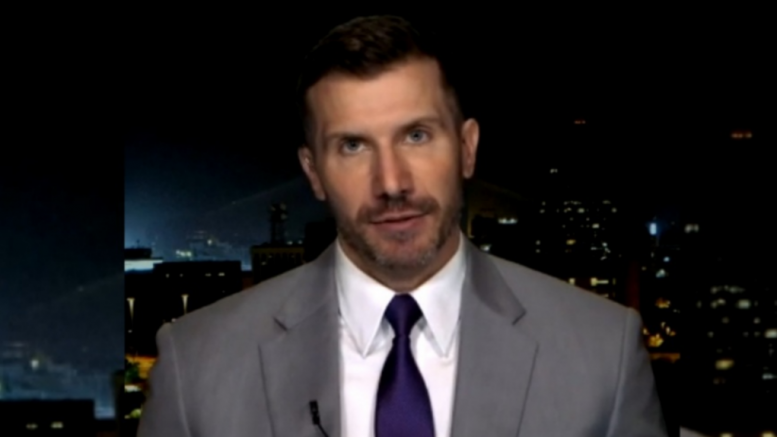 Former CIA Operations Officer Bryan Dean Wright indicated on Tuesday that his former U.S. intel colleagues are “angry and deeply worried” about the tragic events that have unfolded in Afghanistan.

He then gave a detailed explanation for why there’s a “universal belief” among his former colleagues that “America and the world are in for one of the most dangerous, unpredictable times in modern history.”

In a lengthy statement posted to Twitter, Bryan Dean Wright wrote as follows:

Former US intelligence colleagues are angry and deeply worried at what has happened in Afghanistan.

Here’s what I’m hearing, and why there’s nearly universal belief that America and the world are in for one of the most dangerous, unpredictable times in modern history.

Afghanistan has shown the world — enemies & allies alike — that our military & intel assets are largely irrelevant because we can’t deploy them successfully.

The blame lays at the feet of multiple Presidents. The Generals. The Spies. The Congress.

They will become emboldened, covertly & overtly. War over Taiwan and contested islands in the S. China Sea and E. China Sea is now more likely.

The fear is that China & Russia will act in concert.

Why? America was whipped by a tiny rebel force and couldn’t even retreat properly.

If there were ever a time to push American hegemony aside, this is it.

But who will trust America after Afghanistan?

Who believes we have the leadership to use our military might well?

Who will trust us when we say “We Will Stand With You”?

Beyond China/Russia, others will take gambles too.

Terror orgs like al-Qa’ida & ISIS are degraded but not dead. Their ideology is very much alive.

Iran’s Hizballah — with terror cells throughout the US — may see an opening to create chaos too.

Meanwhile, the disaster inside Afghanistan is only just beginning.

The Taliban will launch a terror campaign against American collaborators. The pictures will shock the conscience of the world, further degrading American moral authority.

Biden & Co will struggle to respond.

There’s also the nightmare of tactical weaponry now awash in Afghanistan, in the hands of the Taliban and — soon — on the global black market.

These arms will fuel chaos around the world for decades.

The Pentagon has no idea where this stuff is and no plans to destroy it.

Finally, if Afghani refugees pour into the US, there are profound implications for security, culture, the economy, & politics.

Are they properly vetted?
Do they hold Western / tolerant values re: women, gays?
Do they bring skills / education?
Which party will they support?

The existential problem is that America needs good leadership to right its ship but there is none.

Our federal bench is weak.

Biden is a corrupt old man. Impeachment is a long shot; VP Harris is an unpopular paperweight. The Legislature is a feckless cabal of empty suits.

Leadership could come from a state Governor, it’s true, but not soon enough.

The above threats by China, Russia, & Co will metastasize well before the 2024 elections, and even a heroic new President will need years to clean things up.

Again, our enemies and allies know this.

Upshot: There is fear and outrage streaming through former intel officers over the Afghanistan debacle.

America is rudderless. And the world now knows it.

Grave dangers lie ahead, some predictable, others unimaginable.

Keep your loved ones tight. Pray. And vote for change.

Related Article: Trump On Biden’s ‘Withdrawal Operation’ From Afghanistan: “A President Who Has Been Illegitimately Elected Has Brought Great Shame”

Jesse Watters on Biden’s Press Conference: ‘Like the Media Giving Him a Political Field Sobriety Test That He Failed’