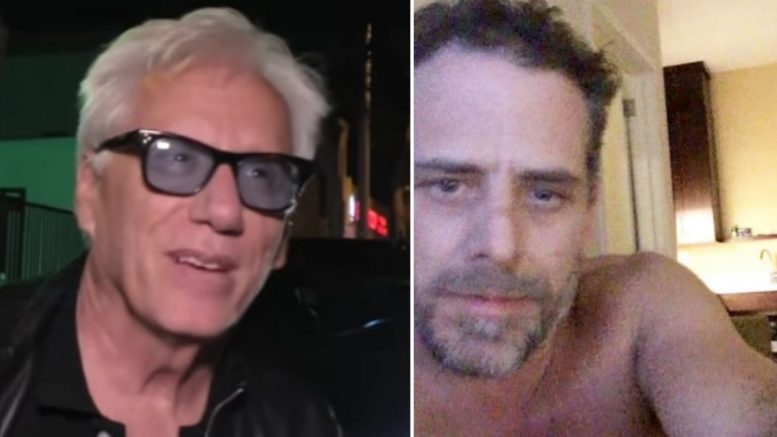 Former Hollywood actor James Woods went on a trolling spree against the Biden family in wake of a video showing a naked Hunter Biden discussing a laptop that apparently went missing.

The Daily Mail retrieved a video purportedly of Hunter telling a woman, who he just had sex with, that a group of Russians may have stolen his laptop while he was on a drug binge in a Las Vegas hotel room in 2018.

The alleged incident would mean Hunter lost a total of three computers – the first abandoned at a Delaware computer store and the second seized by federal agents – each likely to hold sensitive information on President Joe Biden and the embarrassing pictures, videos and communications of his son.

The third laptop still appears to be missing – and was taken by Russian drug dealers after they partied with Hunter in Vegas, he told a prostitute in a conversation caught on camera.

Asked if he was concerned that the alleged laptop thieves would try to “blackmail” him, Hunter reportedly replied, “Yeah in some way yeah… My dad [inaudible] running for president… He is. I talk about it all the time… If they do, he also knows I make like a gazillion dollars.”

In reaction, James Woods trolled the Biden family with a series of posts on Twitter.

“Biden said the theft took place while he ‘was in the [bleep] pool, facedown.’”

Nice upbringing this guy had. https://t.co/PWGYecXj2e

His father is POTUS.

This is now the third laptop lost to foreign governments.

Oddly enough CNN is still looking for an angle to report this story. https://t.co/PWGYecXj2e

“I make like a gazillion dollars.” – Hunter Biden pic.twitter.com/sob7XIla0K

Ben Carson Drops An Economic Warning: “We Are Creating A Monstrous Problem For Ourselves”