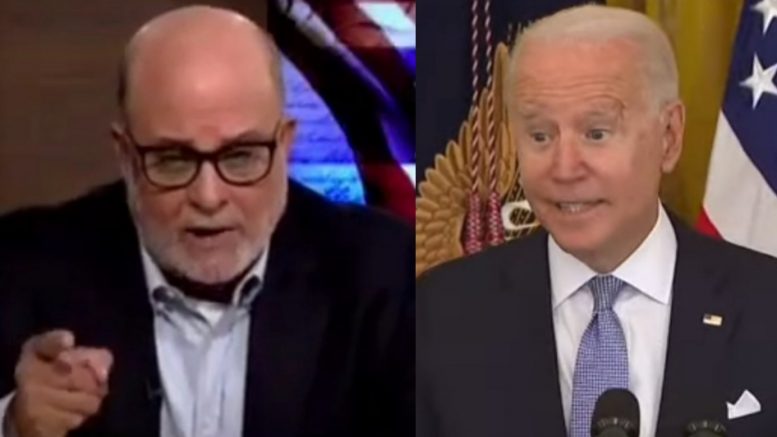 Appearing on Hannity, political commentator Mark Levin lashed out Joe Biden’s overall leadership since taking the oath of office, calling him “the most disastrous president in modern American history.”

“I don’t care if it’s by design or the fact that he’s dimwitted, but it doesn’t much matter to me,” Levin said.

He went on to slam Biden for “telling everyone to get vaccinated, while inviting people into the country who he knows” are infected with the virus that is trying to be prevented from being spread.

“This guy is a coward. He buckles to the radical left in his party. He’s a fool.” Mr. Levin continued:

Related Article: ‘We Are Pissed Off!’: Mark Levin Explains Why ‘the Silent Majority Is Not Going to Be Silent Anymore’

Then after urging Republicans to seriously consider into options to remove Biden from office, Levin declared, “He’s doing more damage to this country, as far as I’m concerned, than any single one of our enemies.”

Judge Jeanine Fires Back At Joy Behar: “Instead Of Sitting On Your Butt With Your Friends, Pontificating… Do Something That Matters”